"The liberties of a people never were, nor ever will be, secure, when the transactions of their rulers may be concealed from them." -- Patrick Henry

The multinational microchip manufacturer may be laying off some of its workers. They sent a memo out warning of cuts to its roughly 15,000 employees around the world.

It is unclear if any of the more than 2,000 Vermonters working in its Essex Junction plant will be let go.

“Based on the current macroeconomic environment, we are taking a very disciplined, proactive approach to contain costs and accelerate our planned productivity initiatives,” the company said in a statement. “Like many in our industry and across the technology sector, we too, are initiating a hiring freeze and taking a set of focused actions to selectively reduce our workforce.”

"We do not have the reverse burden of proof."

By: MikeRivero
Tags: CONSUMER RIGHTS / PRODUCT REPORTS, SCIENCE/ HEALTH/ CLIMATE/ NATURE
Posted on: Nov 16 10:04
Here Is Where You Can Take Shelter During Nuclear War In US?

According to the survivalist website Survivalfreedom.com, the upper Midwest, Maine, West Texas, and several small pockets, typically in places with few populations, are where you can take shelter during a nuclear war in the US.

By: MikeRivero
Tags: WAR/DRAFT/ VETERAN AFFAIRS, WMD
Posted on: Nov 16 10:03
Third Times The Charm? Former Presidents Who Have Tried Again
On Tuesday President Trump joined a small club of former presidents who have sought reelection after leaving office.
By: orraz
Tags: CURRENT EVENTS
Posted on: Nov 16 10:02
Ivanka Trump Releases Statement On Why She Did Not Attend Fathers Presidential Announcement
Ivanka Trump, former President Donald Trump’s oldest daughter, said in a statement Tuesday evening that she decided not to attend her father’s presidential announcement at Mar-a-Lago because she does not want to be involved in politics anymore.
By: orraz
Tags: CURRENT EVENTS
Posted on: Nov 16 10:01
Democrat Overturns Election Result in Recount, Beats Republican by One Vote

Aseat in the New Hampshire House of Representatives flipped from Republican to Democrat by the narrowest of margins after a recount. 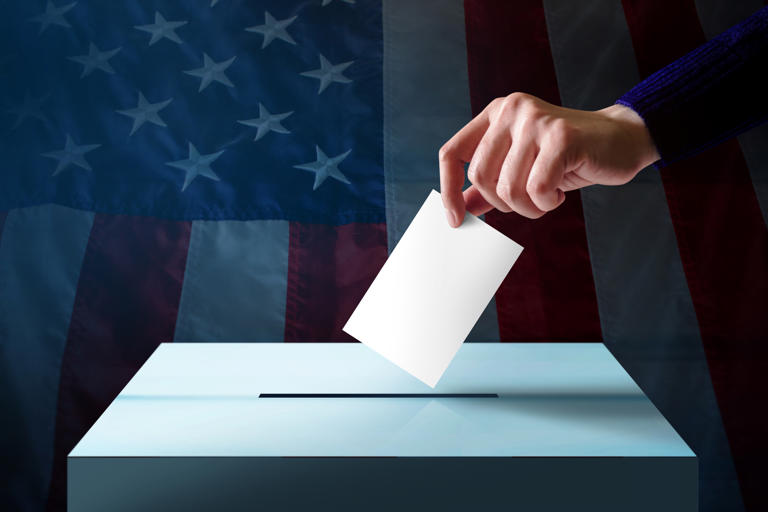 Stock image of a ballot being placed in a box. A recount has resulted in Democrat Maxine Mosley defeating her Republican opponent Larry Gagne in the Hillsborough 16 House District, consisting of Manchester's Ward 6, by a single vote.© Getty

Adam Sexton, the political director for Manchester news outlet WMUR, gave updates on the ongoing recounts on his Twitter feed.

Webmaster addition: A little perspective for those who claim their one vote doesn't matter.

Sensitive medical records stolen from a major Australian health insurer were leaked by hackers on Wednesday, November 9, after the company refused to pay the group’s ransom demand.

Medibank informed investors and customers that a “sample” of data from some 9.7 million clients had been posted on a “dark web forum.”

“The files appear to be a sample of the data that we earlier determined was accessed by the criminal. We expect the criminal to continue to release files on the dark web,” the company said in a statement to the Australian Securities Exchange.

Kremlin spokesman Dmitry Peskov told CNN he had no information about Tuesday’s incident in eastern Poland.

"Unfortunately I don’t have any information on that," CNN quoted Peskov as saying.

Poland’s Radio Zet reported on Tuesday with reference to unofficial sources that two missiles hit grain dryers in the village of Przewodow in eastern Poland’s Lublin Voivodeship, close to the border with Ukraine. According to the report, two people were killed in the incident. The report makes no mention of the origin of those missiles.

The Russian Defense Ministry said the Russian military had performed no strikes targeting the Ukrainian-Polish border zone. "The wreckage published by Polish mass media from the scene in Przewodow have no relation to Russian firepower," the ministry said in a statement.

Webmaster addition: As it turns out, below you will find an article that reports the missile that fell on Poland was an S-300 ... fired by Ukraine.

The U.S. Justice Department has informed the Israeli government that the FBI will investigate the killing of Shireen Abu Akleh, the Palestinian American journalist who was shot during an Israeli raid in May. The announcement comes shortly after elections were held in the United States and Israel.

“Such an investigation is highly unusual and could lead to a U.S. request to investigate the soldiers who were involved in the operation — a request Israel would almost certainly reject,” wrote Barak Ravid, who first reported the story for Axios. “The investigation could also lead to tensions between the Biden administration and the Israeli government.”

On Twitter Israeli Defense Minister Benny Gantz has already declared that Israel will not cooperate with any outside probe.

Today (Tuesday) marks the largest Russian bombardment of Ukraine with precision guided missiles and drones. The Ukrainian equivalent of the Pentagon reported was struck in Kiev. And Western media now is reporting frantically that Russia fired a missile at a target in Poland. Russia denies it vehemently and initial pictures of the “device” that landed in Poland appear to show a S-300 anti-air defense missile.

The big unanswered question is whether this was an error, i.e., Ukraine fired at incoming Russian missiles and the S-300 missed its target and fell inside Polish territory, or was it an attempt to manufacture a false flag, i.e., blame Russia for firing the missile and create a pretext to invoke Article 5 of the NATO treaty and bring the rest of NATO into the war to stop Russia. The jury is still out.

The picture below shows first, one of the fragments of the S-300 that landed in Poland with a bang, and second, a fully intact S-300 rocket. Two Polish residents were killed when suspected wayward missiles hit the village of Przewodow, with the strike marking the first time a nation outside of Ukraine has been directly affected by the war.

President Zelensky labelled the Russian strikes a “significant escalation” in President Putin’s illegal invasion and warned that if more countries did not join the fight against Russia, the desolation would spread.

After Dave Chappelle’s appearance on Saturday Night Live over the weekend, wherein he said Ye is right about the Jewish domination of the entertainment industry, Jonathan Greenblatt, head of the Anti-Defamation League of B’nai B’rith, called for Chappelle to be shut down.

The aggressive Jew Greenblatt claimed that Chappelle had hurt Jewish feelings by talking about Jewish political and cultural power, saying that hearing that Jews control Hollywood “traumatizes” Jewish people. Greenblatt demanded that more people care about the hurt feelings of the Jews.

A Black artist posted flyers that said “white only” and depicted a noose, saying they were part of a political act and marketing campaign for her new exhibition.

Images of the flyers, which have popped up in Boystown and Hyde Park in recent days, went viral online, with some speculating a hate group was to blame and others saying the image angered and upset them. Hyero, the artist behind the flyers, said she makes no apologies for her provocative marketing methods.

Hyero, 23, of the western suburbs, said the flyers are part of marketing for “YTs Only,” an art show at OMWP Studios, 2113 W. Armitage Ave. The show opens 7 p.m. Friday and runs throughout the weekend.