"An error becomes a mistake only if we refuse to correct it." -- John F. Kennedy

Canada's Trudeau Says People in China Should Be Allowed to Protest

Canada Prime Minister Justin Trudeau said on Tuesday that everyone in China should be allowed to protest and express themselves, and that Canadians were closely watching the protests against the country's zero-COVID policy.

Simmering discontent with stringent COVID prevention policies three years into the pandemic ignited into protests in Chinese cities, in the biggest wave of civil disobedience since Chinese President Xi Jinping took power a decade ago.

"We're going to continue to ensure that China knows we'll stand up for human rights, we'll stand with people who are expressing themselves," he said.

Webmaster addition: But protesters in Canada should shut up, right?

On Tuesday, the Pentagon released a report claiming that China may have up to 1,500 nuclear warheads by 2035 if it continues down its current path.

Webmaster addition: As of this year, the US has 5428 nuclear weapons.

The U.S. Senate passed the Respect for Marriage Act on Tuesday in a bipartisan vote of 61 to 36, which will require the federal government to recognize all marriages, including same-sex marriages, that are legal in the state where they took place.

The measure will now move to the House, where it is expected to pass in the final days of a Democratic-controlled chamber before making its way to the White House for President Joe Biden's signature.

By: MikeRivero
Tags: CURRENT EVENTS
Posted on: Nov 30 10:45
US is considering delivering missiles to Kyiv that could hit Russia's rear

few months ago there was discussion in the USA about supplying the Ukraine with the ATACMS missiles for the HIMARS missile launchers, which have a range of up to 300 kilometers and could therefore also reach targets deep in the Russian hinterland. At the time, this was rejected, at least officially, because of the danger that the US could be drawn into the war with the delivery of weapons that can reach the Russian rear. Russia sees such attacks on its rear as one of its red lines.

Apparently those concerns have been put aside in the US, as Reuters reports that Boeing has made a proposal to the Pentagon for the supply of cheap precision weapons with a range of 150 kilometers, which is being examined by the Pentagon. I translated the Reuters report .

More than 700 Ukrainian commandos are currently in the Kyiv-controlled part of the Zaporizhia region, Moscow-appointed regional commander Vladimir Rogov said.

“More than 700 soldiers from the Ukrainian special operations forces have been deployed in the Zaporizhia region. They have been trained to cross the Dnieper River, land an assault force and seize large industrial facilities and the nuclear power plant, ” the Russian official said.

However, he argued that Russia's strikes on Ukrainian ammunition depots "disrupt these plans of the Ukrainian military."

For their part, Ukrainian forces destroyed a railway bridge near the village of Starobohdanivka in the Zaporizhia region, which the Russians were using to deliver military equipment and weapons to Russian troops stationed in the rest of Ukraine's occupied territories, according to the Ukrainian National Security Service.

There is no evidence that Tehran intends to develop nuclear weapons, reviewing its participation in the Nuclear Non-Proliferation Treaty (NPT), Vladimir Yermakov, director of the Russian Foreign Ministry’s Non-Proliferation and Arms Control Department, said in an interview with Sputnik.

“Iran has been and remains a conscientious participant in the Treaty on the Non-Proliferation of Nuclear Weapons. The conclusion of the JCPOA in 2015 helped to finally and irrevocably remove all the questions that the [International Atomic Energy Agency] had to Tehran at that time.”

“After that, for several years Iran remained the most verified state among agency members. No deviations from its obligations were identified,” Yermakov said. “There is no evidence that would indicate Tehran’s intention to ever reconsider its participation in the NPT and start developing a nuclear explosive device.”

Yermakov’s remarks come as the US undertakes joint military drills with Israel, complete with fighter jet simulations on strikes against Iran’s nuclear program infrastructure. Earlier announcements detailed the drills would be held in the Mediterranean Sea starting November 29, and lasting through December 1.

At the time, Israeli Defense Minister Benny Gantz stressed that the drills were needed in order for Israel to “prepare” its service members for any “possibility.”

The Biden Administration is in full meltdown mode as they approach a deadline by which House Republicans will begin to audit where all Ukraine aid money is going.

Fox News reports that House Republicans say that one of the first pieces of business they will take up is auditing where all of the money earmarked for Ukraine has truly been going. The next likely Speaker, Kevin McCarthy, says his party will not continue to fund a blank check to Ukraine to support their war effort.

The results of the aid packages passed so far have been questionable, and many experts say that much of the funding is not getting to Ukraine at all.

The Republican pressure for more oversight on Ukraine funding has some bipartisan support in certain circles. However, some Ukraine supporters state that they feel that proceedings could get hijacked with this new oversight push. However, outspoken members such as Rep. Marjorie Taylor Greene say they will hold the government accountable for their spending in Ukraine.

What is wrong with these people… 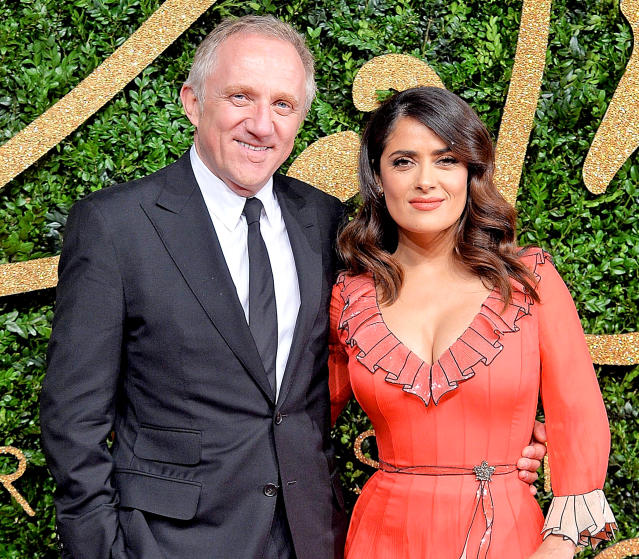 If you search Jake & Dinos Chapman on Christie’s, you will find numerous mannequins made by them which feature nude children with erect penises, vaginas, and anuses instead of their noses and mouths.

Webmaster addition: Yes, the images of the "art" are indeed very graphic and upsetting.

By: MikeRivero
Tags: CURRENT EVENTS, POLITICS/ ELECTIONS/ CORRUPTION
Posted on: Nov 30 10:20
Biden to Union Workers in Michigan: Ten Years Ago, How Many of You Knew What the Hell a Supply Chain Was? (VIDEO)
Joe Biden on Tuesday traveled to Freeland, Michigan to tour a computer chip plant to promote his economic agenda.
By: orraz
Tags: CURRENT EVENTS
Posted on: Nov 30 10:19
Woke Pastor Says Spirit of God Will Arrest People Who Do Not Vote For Democrat Sen. Raphael Warnock

Webmaster addition: That kind of politicking violates the 501(c)3 rules for churches!

By: orraz
Tags: CURRENT EVENTS
Posted on: Nov 30 10:19
Shots Fired: McConnell Warns Trump He is Highly Unlikely to Ever Be Elected President of the US For Dining with Rapper Ye and His Surprise Guests (VIDEO)

McConnell said it is highly unlikely that Trump will ever be elected president again for dining with Kanye West and his surprise entourage.

“First let me just say that there is no room in the Republican Party for anti-Semitism or white supremacy. And anyone meeting with people advocating that point of view — in my judgment — are highly unlikely to ever be elected President of the United States.”

In the 2024 GOPe roadmap for 2024, analytically and strategically South Dakota Governor Kristi Noem would be anticipated as the second-to-last entrant, followed by a carefully introduced Governor Ron DeSantis.

The most likely establishment framework would be for the prior entrants, Nikki Haley, Liz Cheney, Tim Scott and the two Mikes  Pence/Pompeo to do the maximum negative attack damage against President Trump prior to the dynamic duo arrival.  Flow through the ’24 primaries and Trump, DeSantis and Noem would be the last three standing before the wunderkinds team up after Nevada for the final assault.  Standing where we are today, something like that seems most likely. It tracks.

With that in mind, and reminding ourselves that Noem has already pre-seeded with the customary and proverbial book launch, it is worthwhile paying close attention to how Team Koch and Kristi Noem organize their staging.  In this interview, which reflects her very good and pragmatic position as a sponge for base voters, Mrs. Noem outlines her current views on the state of all things political, and, similar to Team DeSantis, stays high-road and reserves her jabs for Biden.

A cult leader accused of forcing sex slaves to undergo cosmetic surgeries without anesthetic has been sentenced to a staggering 8,658 years in prison.

Turkish Televangelist Adnan Oktar, 66, was jailed last year on a string of charges ranging from the sexual abuse of minors to fraud, as well as attempted political and military espionage.

That ruling was eventually overturned but at a retrial today (Wednesday, November 16) Oktar was handed a 8,658-year prison term – an eightfold increase on his original sentence.

Webmaster addition: But with time off for good behavior, he will be eligible for release in just 5000 years!

In an urgent letter to the editor-in-chief of the medical journal The BMJ, Dr. Angus Dalgleish, Professor of Oncology at the St. George’s University of London, asks for UK’s unnecessary covid vaccine program to end immediately,

The cancer specialist of more than 30 years writes that the link between Covid vaccine and “blood clots, myocarditis, heart attacks, and strokes is now well accepted, as is the link with myelitis and neuropathy.” He adds that he already predicted these side effects in June 2020.

Liberals are pushing the idea that criminals such as pedophiles should be given another chance once they serve their time in prison.

They maintain that known sexual predators should be let out and allowed to resume their regular duties of citizenship without ever having to be monitored.

The Gateway Pundit reported that an article by the Washington Post was highly sympathetic to pedophiles and favored them being treated fairly even though they are a danger to youth.

The article, as reported by the Pundit, called pedophiles “brilliant” and even sought to rebrand them as victims of society by claiming that they are mistreated after they have served their prison time. They fail to understand that the consequences of their actions will follow them for the rest of their lives.

Mastercard lost an appeal in a London court on Tuesday against a ruling in a 10 billion pound-plus ($12 billion-plus) collective action that allows the claims of around three million people who have died since the lawsuit began to continue.

The global payments processor is facing a lawsuit brought by consumer champion Walter Merricks on behalf of approximately 46 million adults in the United Kingdom, which became the first mass consumer action to be approved in the UK in 2021.

The case was certified last year after a nearly five-year journey from the first-instance Competition Appeal Tribunal (CAT), which initially refused to give the go-ahead, to the UK Supreme Court and back.

In March, the CAT said the date for determining whether members of the claimant class are based in the UK should be when the case was filed in 2016, meaning the claims of roughly three million people who had died since could be continued by their estates.

Several names of Chinese policy experts mysteriously disappeared from websites for a prominent Washington DC think tank just a week after Daily Caller News Foundation revealed that some of those experts had direct ties to the Chinese Communist Party (CCP).

The Carnegie Endowment for International Peace had at least 16 expert’s names disappear from their website after the revelations. The Daily Caller News Foundation revealed 20 individuals with ties to the CCP, so more names might disappear from the website soon.