"There will be, in the next generation or so, a pharmacological method of making people love their servitude, and producing dictatorship without tears, so to speak, producing a kind of painless concentration camp for entire societies, so that people will in fact have their liberties taken away from them, but will rather enjoy it." -- Aldous Huxley - "The Ultimate Revolution". Aldous Huxley's speech at Berkeley Language Center, www.informationclearinghouse.info. March 20, 1962.

While everyone is fixated on the disgraced founder of FTX, Sam Bankman-Fried, and his collapsed cryptocurrency exchange, another Silicon Valley fraudster, Theranos CEO Elizabeth Holmes, will be sentenced in a federal courthouse Friday, putting an end to the years-long saga of her phony blood-testing startup.

Holmes' sentencing will take place in a San Jose, California, courtroom where she was convicted earlier this year of three felony counts of wire fraud and one count of conspiracy to commit wire fraud for scamming investors.

Federal prosecutors wrote in court papers ahead of the sentencing hearing that Holmes' crimes are "among the most substantial white-collar offenses Silicon Valley, or any other district, has seen" (wait until SBF's court case...).

By: MikeRivero
Tags: ECONOMY, POLITICS/ ELECTIONS/ CORRUPTION
Posted on: Nov 18 11:35
US Consumers Are Doing Exactly What They Did Just Prior To The Crash Of 2008

We never seem to learn from our mistakes.  Just before the financial markets crashed and the economy plunged into a horrifying recession in 2008, U.S. consumers went on a debt binge of epic proportions.  Mortgage debt, auto loan debt and credit card debt all skyrocketed, and so when the economy finally crashed all of a sudden there were millions of Americans drowning in bills that they were unable to pay.  Well, now it is happening again.  According to the Federal Reserve Bank of New York, during the third quarter of 2022 household debt increased at the fastest pace that we have seen since the first quarter of 2008…

Households added $351 billion in overall debt last quarter, taking the total to $16.5 trillion, according to data released by the Federal Reserve Bank of New York on Tuesday. That’s an increase of 8.3% from a year earlier, the most since a 9.1% jump in the first quarter of 2008. The debt figures aren’t adjusted for inflation.

Why is Klaus Schwab at the G20 Summit in Bali, Indonesia? Why is Bill Gates attending G20? Why are those two ennemies of the people participants on the same level as leaders of sovereign countries? Klaus Schwab: “The World Will Look Differently After We Have Gone Through This Transition…”

This is not the first time that Bill Gates has intervened at the G20: he was already present in 2011.

But yesterday, he was accompanied by another prominent guest, the even more globalist Klaus Schwab. 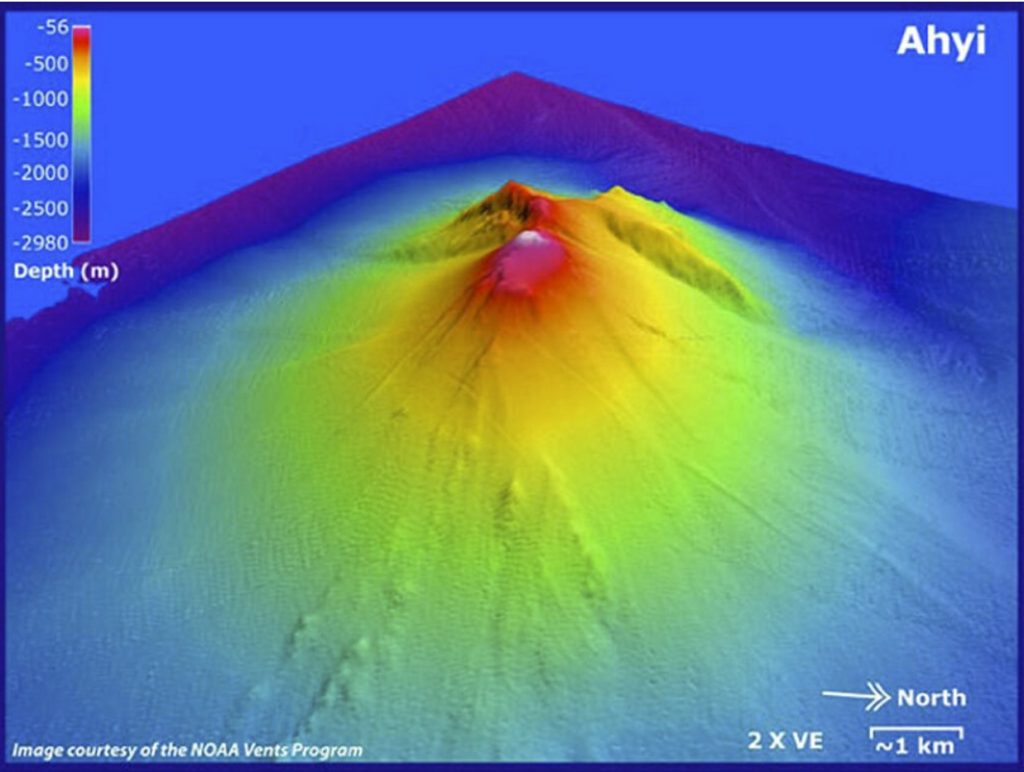 There are strong indications that an undersea volcano in the Northern Marianas could be in eruption.

For several weeks, scientists of the U.S. Geological Survey (USGS) have been detecting acoustic underwater signals that bear signatures of underwater explosions and were now able to pinpoint their source to the Ahyi seamount, located in the Pacific about 6,100 km (3,800 miles) west of Honolulu. 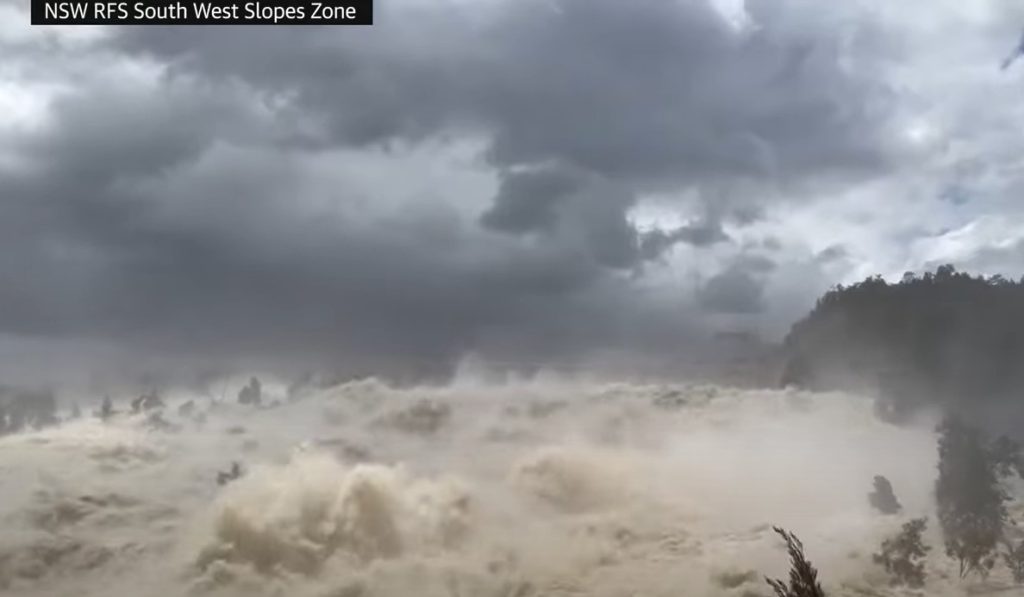 This insane video shows a “wall of water” bringing devastation to New South Wales towns, with more than 220 people rescued from flooding in the past 24 hours.

It comes as Wyangala Dam spilled record amounts of water, after 100mm rain fell in just a few hours in parts of the NSW Central West. Helicopters and boats were used to carry out over 150 rescues in the inundated town of Eugowra, where people were forced to make for their roofs as floodwaters rose.

The US Department of Treasury has added the names of 13 companies to its Iran sanctions list, accusing them of commercial liaison with the Islamic Republic's energy sector.

The sanctions were announced by the department's Office of Foreign Assets Control (OFAC) on Thursday.

The companies in question, the OFAC announced in a statement on its website, were slapped with the coercive measures for "facilitating the sale of hundreds of millions of dollars’ worth of Iranian petrochemicals and petroleum products to buyers in East Asia."

The OFAC said the sanctions marked the fifth round of designations targeting Iran’s petroleum and petrochemical trade since June 2022.

By: MikeRivero
Tags: ECONOMY, IRAN
Posted on: Nov 18 11:30
Special operation does not depend on weather conditions Kremlin spokesman

The special military operation in Ukraine does not depend on weather conditions, it is continuing and its goals will be achieved, Russian Presidential Spokesman Dmitry Peskov told the media on Thursday.

"The special military operation is continuing, it does not depend on climatic or weather conditions," Peskov said. He added that "its goals must be achieved."

While answering a question about millions of Ukrainian citizens who remained without electric and thermal power supply on November 15 due to combat operations at a time when weather forecasts predicted lower air temperatures, Peskov said that this was a result of strikes on military infrastructure due to Kiev’s reluctance to conduct negotiations with Russia.

The Board of Governors of the International Atomic Energy Agency (IAEA) adopted a resolution that calls on Russia to withdraw its military personnel from the Zaporozhye Nuclear Power Plant (NPP) and to "cease all actions" at nuclear facilities in Ukraine, the Russian permanent mission to international organizations in Vienna said, adding that Russia and China voted against the resolution.

"At the meeting of the IAEA Board of Governors on November 17, 2022 an unprofessionally drafted resolution that goes beyond the agency's mandate and contains factual errors on nuclear safety, nuclear security and safeguards in Ukraine was adopted. This is a further step towards politicizing the work of the IAEA," the Russian mission said on Telegram.

The document was supported by 24 out of 35 countries. Russia and China voted against it. Vietnam, India, Kenya, Namibia, Pakistan, Saudi Arabia, and South Africa abstained. The delegations of Burundi and Libya did not vote.

According to the text of the resolution, the IAEA Board of Governors calls on Russia to "cease all actions" at nuclear facilities in Ukraine.

On November 16, five people, including a child and woman, were killed and at least 15 others were wounded in the oil-rich Khuzestan province in southwestern Iran as a result of what the official Islamic Republic News Agency (IRNA) called a “terrorist attack”.

Security Deputy of Khuzestan said that deadly attack was carried out by two motorcyclists who opened fire on people in a busy local market in the city of Izeh. Members of the security forces were among those killed in the attack, according to the official, who also revealed that some of the wounded are in critical condition.

The ship mounted version of the Iron Dome air-defense system, dubbed C-Dome, has officially entered service with the Israeli Navy.

In a joint statement released on November 17, the Israeli Ministry of Defense and Navy said that the system entered service after a successful test last month aboard the Sa’ar 6-class corvette INS Oz, simulating threats the system is likely to face at sea. The test was conducted off the coast of central Israel, with representatives from the navy and Rafael Advanced Defense Systems taking part.

“The test simulated real threats and included the system’s successful detection and interception of targets in challenging scenarios,” the ministry said, adding that the test represented a “significant milestone in enhancing the capabilities of the corvettes” and marked “the final stage of the naval interception system’s operationalization.”

The C-Dome system can be seen intercepting a missile launched from another ship during the test in a video that was released by the ministry.

Air Raid sirens are sounding throughout much of the country, in areas shown in red above.

Government is using TV and radio to tell citizens to store up emergency water, and charge-up whatever devices they have while there is still electricity; albeit in very few places in the country as of now.

Cruise missiles are flying over Kiev, and other cities, with the massive rumble of explosions.   The NAZI government of Ukraine is being slammed again - right now.