"There will be, in the next generation or so, a pharmacological method of making people love their servitude, and producing dictatorship without tears, so to speak, producing a kind of painless concentration camp for entire societies, so that people will in fact have their liberties taken away from them, but will rather enjoy it." -- Aldous Huxley - "The Ultimate Revolution". Aldous Huxley's speech at Berkeley Language Center, www.informationclearinghouse.info. March 20, 1962.

On October 28th, a Ukrainian drone attack damaged the Russian Black Sea fleet’s flagship vessel in the Crimean port of Sevastopol. Moscow immediately blamed Britain for assisting and orchestrating the strike, as well as blowing up the Nord Stream pipelines – the worst acts of industrial sabotage in recent memory.

The British Ministry of Defense issued a blustery denial in response, branding the accusations “false claims of an epic scale.” Whoever was behind those specific attacks, suspicions of a British hidden hand in the destruction are not unfounded. The Grayzone has obtained leaked documents detailing British military-intelligence operatives inking an agreement with the Security Service of Ukraine’s Odessa branch, to create and train a secret Ukrainian partisan terror army.

Their plans called for the secret army to conduct sabotage and reconnaissance operations targeting Crimea on behalf of the Ukrainian Security Service (SSU) – precisely the kind of attacks witnessed in past weeks.

As The Grazyone previously reported, the same coterie of military-intelligence operatives was responsible for drawing up plans to blow up Crimea’s Kerch Bridge. That goal was fulfilled on October 8th in the form of a suicide truck bomb attack, temporarily disabling the sole connecting point between mainland Russia and Crimea, and triggering a major escalation in Moscow’s attacks on Ukrainian infrastructure.

For eight months, Bulgaria has been among a few holdout EU members, Hungary also foremost among them, which have refused to join NATO allies in shipping weapons to Ukraine for the war effort against invading Russian forces.

But the eastern European country which sits across the Black Sea from Russia has signaled a big U-turn on the arms ban, with lawmakers in parliament voting Thursday to greenlight weapons transfers to Kiev.

The vote was overwhelming in favor: "The 175-49 vote in favor of the measure marked a rare moment of consensus among Bulgaria's deeply divided political spectrum," writes US state-funded RFERL.

The Scholz caravan went to Beijing to lay down the preparatory steps for working out a peace deal with Russia, with China as privileged messenger.

With his inimitable flair for economic analysis steeped in historical depth, Professor Michael Hudson’s latest essay, originally written for a German audience, presents a stunning parallel between the Crusades and the current “rules-based international order” imposed by the Hegemon.

Professor Hudson details how the Papacy in Rome managed to lock up unipolar control over secular realms (rings a bell?) when the game was all about Papal precedence over kings, above all the German Holy Roman Emperors. As we know, half in jest, the Empire was not exactly Holy, nor German (perhaps a little Roman), and not even an Empire.

A clause in the Papal Dictates provided the Pope with the authority to excommunicate whomever was “not at peace with the Roman Church.” Hudson sharply notes how US sanctions are the modern equivalent of excommunication.

By: MikeRivero
Tags: CHINA, GERMANY, RUSSIA/ UKRAINE /BELARUS /CRIMEA
Posted on: Nov 06 08:12
WE ALL PRETEND TO BE FOOLS AND KEEP SILENT VUI ON CURRENT STATE OF EUROPEAN COLONY

On November 4, President of Serbia Aleksandr Vučić attended the military training ground in the Pasuljanske Livade,  where the joint military exercice of the Serbian Armed Forces “Maneuvers 2022” were held. The President of Serbia was interviewed and provided his comments on various topics, including on the energy security of the country.

Serbia is prepared and has secured gas reserves while Europe is waiting for a hell of winter due to the rise in energy prices.

“In five to seven days, colder weather begins and then gas reserves in Europe begin to be depleted,” Vučić explained. “The day before yesterday the price of gas was only $219, and today it is $ 450 for 1,000 cubic meters. Every day now it will grow, because the first cubic meters start leaking from the warehouse, and there is no new supply, the price immediately jumps and this immediately increases the price of electricity. On the European market, the price of electricity yesterday was 156 euros, and today it is already 240 euros per megawatt-hour. I just want to tell you that on a daily basis it goes up 50 percent. So it’s going to be a hell of a hard winter. Our country was well prepared.”

Republican candidates, staffers, and volunteers have been victims of political violence during the 2022 election cycle, contradicting the false Democrat narrative that Republicans are the violent perpetrators.

Below are five examples in recent weeks of political violence perpetrated against Republicans:

By: MikeRivero
Tags: CURRENT EVENTS, POLITICS/ ELECTIONS/ CORRUPTION
Posted on: Nov 06 08:08
Could the end of the Ukraine war be in sight? US 'is pressuring Volodymyr Zelensky to drop his ban on talks with Putin and negotiate an end to the fighting' amid growing fears of nuclear war, new report claims

The US is privately encouraging Volodymyr Zelensky to drop his ban on talks with Vladimir Putin and negotiate an end to the fighting with the Russians amid growing fears of nuclear war, a new report has claimed.

US officials have said that the request by the Biden administration is not to push Ukraine to the negotiating table, but ensure Kyiv maintains the support of its international backers.

People familiar with the discussions are wary that Zelensky’s ban on talks with the Russian President has created concern in parts of Europe, Africa and Latin America, where the war's effects are being felt the most.

Webmaster addition: Or is this just more pre-election posturing?

State Sen. Scott Wiener and Pelosi’s daughter Christine Pelosi are being listed as top contenders to succeed Pelosi after she no longer seeks her seat.

By: orraz
Tags: CURRENT EVENTS
Posted on: Nov 06 08:01
Dems Panic In New York: Theyre Already Blaming One Of Their Own For Likely Midterm Losses

According to a report, Dem strategists are bracing for stunning losses at the midterms — which includes losing the race for Governor.

Gamers are calling out Activision Publishing, Inc., an American video game publisher based in Santa Monica, California, and its developer Infinity Ward for its woke and anti-American propaganda.

By: orraz
Tags: CURRENT EVENTS
Posted on: Nov 06 07:59
Give Me A Break! What Idiots! Joe Biden Lashes Out At Trump Supporters Trolling Him With Anti-Biden Signs (VIDEO)

Joe Biden was triggered by the protesters who greeted him in Joliet, Illinois on Saturday.

Last week, after the Brooklyn Nets’ loss to the Indiana Pacers on Thursday afternoon, Kyrie Irving answered questions from reporters at Barclays Center.

Unhinged, radical, far-left Portland City Commissioner Jo Ann Hardesty is at it again. She recently declared that voting for her Latino opponent is ‘ a vote for white supremacy.’

Ukraine, with each passing day, reminds me of a crack addict who is dependent on his local drug slinger to feed his habit, which is slowly killing him. Ukraine no longer has the ability to produce its own weapons, conduct mass troop training on its own territory, keep electricity flowing to the major cities and maintain a viable economy.

By: orraz
Tags: CURRENT EVENTS
Posted on: Nov 05 10:21
Biden Attacks Elon and Twitter; Slams Musk for Buying Outfit that Spews Lies All Across the World

Joe Biden joined the leftist attack on Elon Musk and his newly acquired Twitter in comments made at a Democrat fundraiser in Rosemont, Illinois Friday night.

Joe Biden Friday afternoon told reporters that what gives him the most confidence going into the midterm elections is that Americans want more of his policies.

By: orraz
Tags: CURRENT EVENTS
Posted on: Nov 05 10:19
Elon Musk Explains Why Laying Off Employees Was Necessary: There is No Choice When the Company is Losing Over $4M/day

On Thursday, half of Twitter’s employees were laid off in a mass email dismissal. The internal message stated that employees would be informed of their layoff status via email by 9 AM PST.

By: mayaleo
Tags: CURRENT EVENTS
Posted on: Nov 05 10:18
We Follow the Facts Without Regard For Politics FBI Dirtbags Respond to 1,000 Page Report Highlighting their Politicization and Complete Lawlessness

Representative Marjorie Taylor Greene took the stage at Trump’s rally in Sioux Falls, Iowa on Thursday and, as usual, she didn’t sugarcoat anything.

By: orraz
Tags: CURRENT EVENTS
Posted on: Nov 05 09:20
What The Hell Is This? Fettermans New Campaign Ad Is A Bad Take Of The Mean Joe Greene Coca-Cola Ad (VIDEO)

Former Russian President Dmitry Medvedev on Friday cast Russia's war in Ukraine as a sacred conflict with Satan, warning that Moscow could send all its enemies to the eternal fires of Gehenna.

Russia's invasion of Ukraine has killed tens of thousands and triggered the biggest confrontation with the West since the 1962 Cuban Missile Crisis when the Cold War superpowers came closest to nuclear war.

Medvedev, who once cast himself as a liberal moderniser as president from 2008 to 2012, said Moscow was fighting "crazy Nazi drug addicts" in Ukraine backed by Westerners who he said had "saliva running down their chins from degeneracy".

Iranians from all walks of life have taken to the streets across the country to mark the anniversary of the US embassy takeover, better known as Den of Espionage, which is named the National Day against the Global Arrogance.

The rallies were held in 900 cities on Friday, including in the capital Tehran where demonstrators gathered outside the former US embassy.

Demonstrators chanted slogans as they carried banners against the US and the Israeli regime, strongly condemning the hostile policies of the Global Arrogance against Iran. Some 3,500 Iranian and foreign reporters covered the demonstrations.

The demonstrations turned into a venue to put the unity of Iranians on display. Young people sang a number of songs written in the early years of the Islamic Revolution, bringing to life the air of the Revolution days of 1979 when Iranians put end to the US-backed Pahlavi regime.

People also held placards in support of the security forces who have been confronting foreign-back violent riots in the past few weeks.

“Police is the main pillar of security,” read one of the placards amid a media war to undermine police forces and turn people against them.

By: MikeRivero
Tags: IRAN
Posted on: Nov 05 09:18
The Quebec College of Physicians must not be allowed murder infants 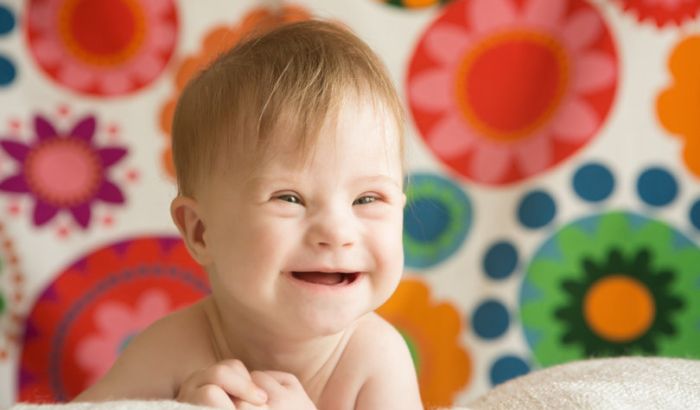 The Quebec College of Physicians believes Canada’s assisted suicide program, Medical Assistance in Dying (MAiD), can and should be used on infants born with ‘severe malformations’.

This is nothing short of infanticide.

In a recent press release, Dr. Louis Roy from the Quebec College of Physicians claimed that MAiD could be appropriate for babies born with ‘grave and severe syndromes’ for which their ‘prospective of survival is null, so to speak.’

No matter how you spin it, an infant cannot consent to their own death – to decide for them and give a lethal dose is murder.

If Democrats have their way, parents who oppose transgender ideology or irreversible drugs and surgeries for kids may lose custody of their children in the near future.

That may sound too radical to be real, but it’s happening.

In late September, California Gov. Gavin Newsom signed a bill, SB 107, that allows California courts to take “emergency jurisdiction” of children who come to the state for “gender transitions.”

In other words, starting in January, California will be able to strip parents in any state of their custody rights if their children seek chemical or surgical mutilation within California’s borders, or even through telemedicine with a California-based doctor.

Moreover, the law, authored by a homosexual lawmaker from San Francisco and co-sponsored by Planned Parenthood, could promote abduction of minors to California – and leave parents powerless to stop it.