"I should have been a meteorologist. It's the only job (outside of politics) where you can be that wrong that  often and still get a paycheck!" -- Michael Rivero 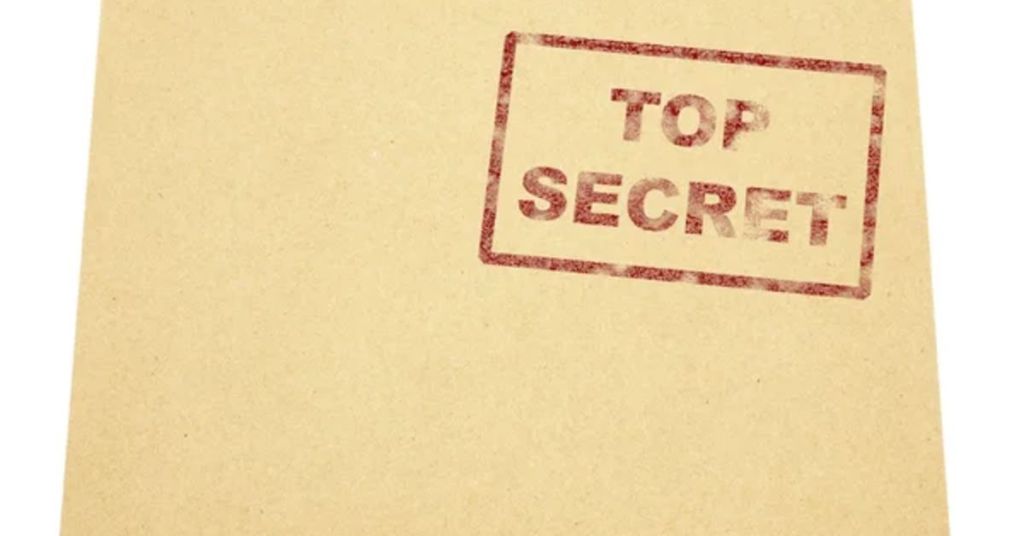 The top “regulatory officer” at fallen crypto exchange FTX once served as an attorney for a company that was embroiled in a notorious online poker cheating scandal more than a decade ago — and was caught on tape allegedly aiding the perpetrators of the fraud, according to reports.

Dan Friedberg — a lawyer who was FTX’s chief regulatory officer in the months leading up to its collapse and who also did a stint as its general counsel — also had served as an attorney for UltimateBet, whose collapse was considered one of the largest online gambling scandals in history at the time.

In the alleged scheme — which reportedly claimed actor Ben Affleck among its victims — employees between 2005 and 2008 were accused of using a software exploit dubbed “God mode” to bilk players out of anywhere between $20 million and upwards of $50 million.

Construction workers employed in road building near the Onon River in the Khentii province of Mongolia, have discovered a mass grave containing the remains of many dozens of human corpses lying upon a large rudimentary stone structure.

Forensic experts and archaeologists were called on the site, which was revealed to be a Mongolian royal tomb from the 13th century that the scientists believe to be Genghis Khan’s. The team of scientists affiliated with the University of Beijing has concluded that the numerous skeletons ʙuʀιᴇᴅ on top of the structure were most likely the slaves who built it and who were then мᴀssᴀcʀᴇᴅ to keep the secret of the location.

The ʀᴇмᴀιɴs of twelve horses were also found on the site, certainly sᴀcʀιғιcᴇᴅ to accompany the Great Khan in ᴅᴇᴀтн.

A total of 68 skeletons were found ʙuʀιᴇᴅ together, almost directly over the top of a rather crude stone structure

The content of the tomb was scattered and badly deteriorated, presumably due to the fact that the site was located beneath the river bed for hundreds of years until the course of the Onon river changed in the 18th century. The ʀᴇмᴀιɴs of a tall male and sixteen female skeletons were identified among hundreds of gold and silver artifacts and thousands of coins. 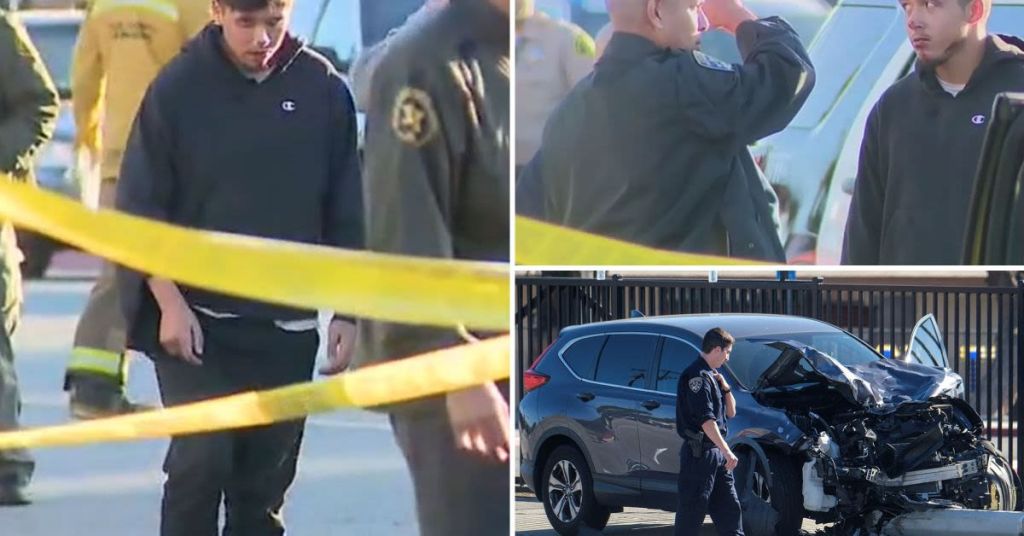 A driver who injured and nearly killed as many as 20 police recruits have been released after his initial arrest.

The suspect, Nicholas Joseph Gutierrez, was released because California law forbids suspects from being held for more than 48 hours without their charges being presented by a prosecutor to a judge.

A LA County Sheriff's Department spokesperson stated that Gutierrez would be rearrested once the probe into the incident is completed. That should occur by Wednesday of this coming week at the latest. The spokesperson continued by saying they have the necessary evidence against the suspect but want to ensure it is correctly presented to a jury. No one can blame them for taking extra caution to ensure they get this one just right.

Authorities say they allegedly found weed in Gutierrez's car and are attempting to determine if the suspect was high when he committed this alleged crime.

Krasner took on an aggressive relaxing of many criminal justice measures that put him squarely in the crosshair of many complaints from Pennsylvania residents. They are upset that Krasner has made it easier for criminals to move about their state freely. They don't want to see extended freedom privileges for known criminals. They want to see criminal reform that truly keeps their neighborhoods safer.

On Twitter, they use bots to alter the results.

In real life, they use a lot of different tactics.

Musk keeps teasing how fascinating it is to watch the poll:

In September 2022, President Emmanuel Macron presented a plan for a six-month citizens consultation on euthanasia:

“France’s euthanasia legislation, known as the Claeys-Léonetti law, dates from 2016. This law has been criticised for many years by patients and politicians because it only allows a sick person to be sedated, and only if the prognosis is vital in the short term.”

The Mentor of President Macron Jacques Attali considers that euthanasia is an instrument of progress. “Euthanasia will be one of the essential instruments of our future societies in all cases. In a capitalist society, killing machines, prostheses that will eliminate life when it is too unbearable, or economically too expensive, will emerge and will be common practice. ”Jacques Attali, 1981

What he says in a more recent statement is that as a socialist he is against extending the life of senior citizens. It’s too costly. 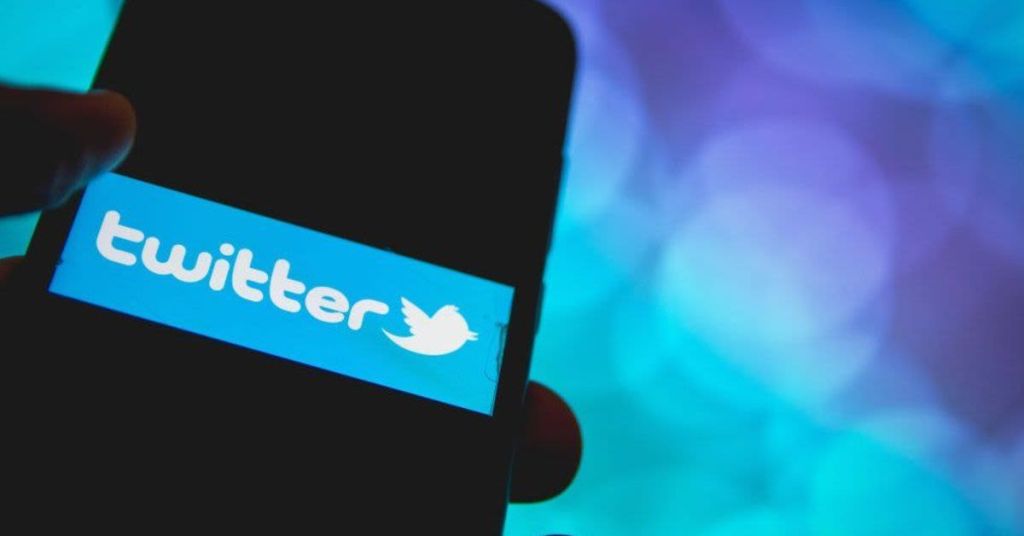 The tables have turned.

According to Fox News, “NewsBusters Executive Editor Tim Graham on September 28 published a study on the first year of Biden’s presidency. He found that ‘Biden was fact-checked 40 times, while Biden critics were checked on 230 occasions,’ a six-to-one disparity.” Previously, critics of the Democrat party were fact-checked at an unfair rate.

Now, Democrats are getting a taste of their own medicine. However, instead of Twitter banning accounts as previous owners did, the platform now adds comments to Tweets packed with misinformation.

The most famous and hilarious incident of this is what happened to the White House. According to Fox, “The White House on November 1 tweeted, ‘Seniors are getting the biggest increase in their Social Security checks in 10 years through President Biden’s leadership.’ That tweet was flagged with a note explaining, ‘Seniors will receive a large Social Security benefit due to the annual cost of living adjustment, which is based on the inflation rate.’”

By: MikeRivero
Tags: CORPORATE MEDIA, COVER-UP/ DECEPTIONS/ PROPAGANDA
Posted on: Nov 21 11:19
Grayscale refuses to share proof of reserves due to security concerns as shares trade at a 45% discount to bitcoin

Grayscale, the asset manager running the world’s largest bitcoin fund, said in a statement that it won’t share its proof of reserves with customers.

“Due to security concerns, we do not make such on-chain wallet information and confirmation data publicly available through a cryptographic Proof-of-Reserve, or other advanced cryptographic accounting procedure,” said a statement Friday.

Following the implosion of FTX and its subsequent bankruptcy proceedings exposing that customer funds were missing, multiple crypto exchanges have jumped to release proof-of-reserve audits in order to assuage investor concerns over the safety of their funds. Others, like Binance, say they soon plan to do so.

Grayscale wrote in a tweet that it realized that failing to disclose a proof of reserves would be a “disappointment to some,” but added that a “panic sparked by others is not a good enough reason to circumvent complex security arrangements” that have kept its investors’ assets “safe for years.”