Anna Paulina Luna was a standout in the red wave that swept over Florida on Tuesday night, flipping a blue seat in the 13th district by a healthy eight-point margin.

Project Veritas released a new video today exposing an educator working at a prestigious Connecticut private school, Iman Rasti, for sexually-explicit statements he made about his current high school students.

Rasti, who oversees Green Farms Academy’s Writing Center, teaches Middle School English, and is the Seventh Grade Dean, was recorded fantasizing about young female pupils. He even admits that his thoughts could get him in trouble at work.

“Every day, there is different panties on: green, black, white and they [students] make sure — it’s like they talk to each other, the three of them do that,” he said.

Rasti speaks of his students in a very descriptive way.

Pennsylvania state Senator Doug Mastriano conceded in his race for the state’s governorship Sunday evening after losing by more than 14 points to Democrat Josh Shapiro.

While Chairman of the Joint Chiefs of Staff Gen. Mark Milley has publicly voiced support for diplomacy between Ukraine and Russia, other Biden administration officials are against the idea, CNN reported on Friday.

In a speech to the Economic Club of New York last week, Milley said that he saw an opportunity for peace talks between Russia and Ukraine. “When there’s an opportunity to negotiate when peace can be achieved, seize it,” he said. “Seize the moment.”

The CNN report said that Milley has in recent weeks “led a strong push to seek a diplomatic solution” to the fighting. But his position is not a popular one in the administration, and one official said that the State Department has the opposite view of Milley.

President Biden on Sunday said that he’s looking to establish what the US and China’s “red lines” are in a meeting with Chinese President Xi Jinping that is scheduled for Monday.

“We just got to figure out where the red lines are and what we — what are the most important things to each of us going into the next two years,” President Biden told reporters in Phnom Penh, Cambodia, where he was attending the East Asia Summit.

China has made clear that one of its red lines is increasing US support for Taiwan, which Beijing believes goes beyond the one-China policy. But that hasn’t stopped the Biden administration from taking steps to forge stronger ties with Taipei.

If the powerful leaders of the Senate Armed Services Committee, Senators Jack Reed (D) and Jim Inhofe (R), have their way, Congress will soon invoke wartime emergency powers to build up even greater stockpiles of Pentagon weapons. The amendment is supposedly designed to facilitate replenishing the weapons the United States has sent to Ukraine, but a look at the wish list contemplated in this amendment reveals a different story.

Reed and Inhofe’s idea is to tuck their wartime amendment into the FY2023 National Defense Appropriation Act (NDAA) that will be passed during the lameduck session before the end of the year. The amendment sailed through the Armed Services Committee in mid-October and, if it becomes law, the Department of Defense will be allowed to lock in multi-year contracts and award non-competitive contracts to arms manufacturers for Ukraine-related weapons.

By: MikeRivero
Tags: POLITICS/ ELECTIONS/ CORRUPTION, WAR/DRAFT/ VETERAN AFFAIRS
Posted on: Nov 14 07:16
No, calling for diplomacy is not Westsplaining

Since the start of the Ukraine war last February, many arguments have been deployed against the notion that the United States should engage in serious diplomatic efforts to negotiate an end to the war. One of the most persuasive has cast the idea as a form of neo-imperialism.

Rep. Jamie Raskin (D-MD) has called it a “bad colonial habit” that assumes peace “depends upon the wishes of the great powers and the great powers alone,” as he renounced the letter he had signed calling for greater U.S. involvement in diplomacy.

His words echo the charge of “Westsplaining” that has frequently been lodged against those calling for peace talks. The correct position, according to these voices, is for Washington and Ukraine’s other military backers relatively unaffected by the conflict to simply support Ukraine’s leaders as long as they are willing to fight ― even if, as the White House openly acknowledges, this path increases the risks of nuclear escalation.

Thousands took to the streets in Jordan’s capital Amman on 11 November to protest the UAE-brokered “water for energy” agreement, which was renewed a few days ago between Israel and the Hashemite kingdom.

Protesters called for the Jordanian National Forum to resist all forms of normalization with Israel, including the Jordanian-Israeli peace treaty signed in 1994 — known as the Wadi Araba agreement — which ended all land and water disputes between the two states.

The Secretary-General of Hezbollah, Hassan Nasrallah rebuked statements made by US Assistant Secretary of State for Near Eastern Affairs, Barbara Leaf, and took aim at the US for its destructive role in Lebanon in a speech commemorating Martyrs’ Day.

During his live TV address on 11 November, Nasrallah called the US “the curse, plague, and epidemic” that afflicts Lebanon.

“If the 1982 [Israeli] invasion was a curse and an epidemic that we got rid of, it was a plague made in the US. You are damned,” Nasrallah added.

His words were in response to the statement made by Leaf on 4 November, when she said in no uncertain terms that the collapse of Lebanon and its destruction was the only way to “somehow rebuild it from the ashes, freed from the curse of Hezbollah.”

Tens of thousands took to the streets in Mexico on Sunday to protest President Andres Manuel Lopez Obrador's plan to overhaul the country's electoral commission INE in what they fear would concentrate power in the hands of the government.

Lopez Obrador, who put the plan forward in April, has long criticized the country's electoral authorities, including accusing them of helping to engineer his defeats when he ran for the presidency in 2006 and 2012.

He has said that the reform would let citizens elect electoral authorities and reduce the influence of economic interests in politics. It would also cut financing for political parties and limit advertising time.

By: MikeRivero
Tags: POLITICS/ ELECTIONS/ CORRUPTION, SOUTH/CENTRAL AMERICA
Posted on: Nov 14 07:13
I Dont Have Any Plans to Step Away from Congress Nancy Pelosi Will Not Announce Decision to Run as House Leader Until all Election Results are In

On Sunday, Nancy Pelosi (D-CA) declined to comment on whether or not she will seek reelection as the House Leader but said, “I don’t have any plans to step away from Congress.”

Every time a neocon/warmonger policy produces a disaster – and they always do – the neocon authors of said policy begin canvassing for someone, anyone but them, to blame.

So it was with Vietnam, which they are still fighting. It wasn’t that it was an idiotic idea to kill a million Vietnamese civilians in the name of an imaginary “domino theory” that a hammer and sickle ten thousand miles away would unleash a communist virus that would soon have us all locked down with our Little Red Books.

No, it was the fault of the millions of Americans who saw through the lies and propaganda and finally, taking to the streets, brought a political anvil down on the heads of the warmongers. Americans who dared speak for the nearly 60,000 of their own brothers and sons killed for nothing. All their fault.

The 2022 election steal was a well-oiled machine between Trump-hating Republicans and the thieving, cheating Democrats.

During a recent appearance on FOX News, Mollie Hemingway of The Federalist talked about the midterm elections and the red wave that failed to materialize.

By: mayaleo
Tags: CURRENT EVENTS
Posted on: Nov 14 07:10
Bahrain heads to the polls amidst ban on opposition candidates

Bahrain heads to the polls on Saturday with a record number of people standing in the elections despite a ban on opposition candidates running in the Gulf state's parliamentary and municipal elections.

More than 330 candidates, including 73 women, are competing to join the 40-seat council of representatives, the lower house of parliament that advises King Hamad bin Isa Al Khalifa.

The elections come more than a decade after a 2011 crackdown on protesters demanding political reforms. 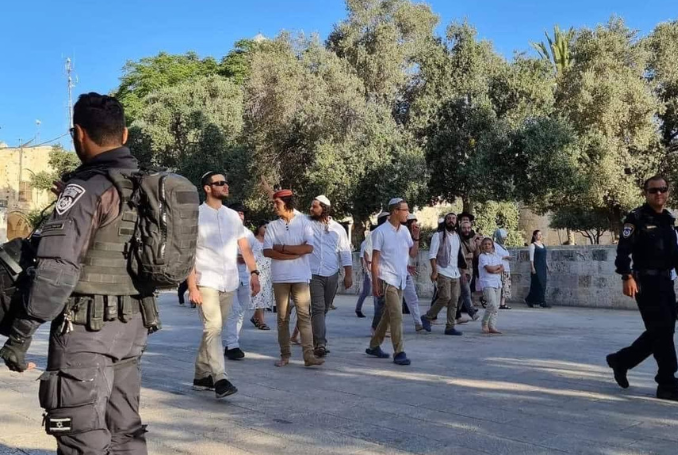