"The tendency has always been strong to believe that whatever received a name must be an entity or being, having an independent existence of its own. And if no real entity answering to the name could be found, men did not for that reason suppose that none existed, but imagined that." -- John Stuart Mill 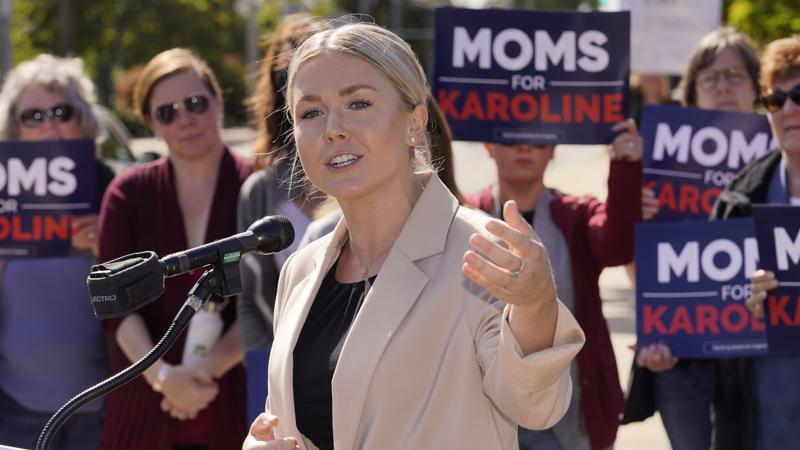 WASHINGTON (AP) — At least three Republicans running for the U.S. House attended the “Stop the Steal” rally on Jan. 6, 2021, and made their way toward the U.S. Capitol during the insurrection to stop Joe Biden’s election.

Countless other House Republican candidates are skeptics and deniers of the 2020 election lost by Donald Trump.

There are veterans of the Iraq and Afghanistan wars, small-business owners and the most geographically, racially and culturally diverse group of Republicans seeking House seats in the modern era — many of whom, like Trump in 2016, are political newcomers who have never held elected office.

All told, the House GOP’s Class of 2022 midterm candidates includes a new generation of political outsiders, populists and some extremists who could bring an intensity to Capitol Hill. They would be an untested and potentially unruly majority if Republicans win the House in the Nov. 8 election.

Webmaster addition: The Dems new message is, "Okay, we are crap, but do you really want to take the chance things will be worse if we lose?????"

Russia’s deployment of MiG-31K armed with Kinzhal (NATO nomenclature: AS-24 KILLJOY) missiles to Belarus is drawing the attention of the West, according to a Twitter thread posted by the UK’s Ministry of Defense (MoD) this morning.

More than the missiles’ presence, the West appears rattled over the lack of secrecy on the part of Russia over the escalatory deployment.

The combination of MiG-31K and Kinzhal missile is the most potent conventional weapon system in Russia’s arsenal. The deployment puts all possible targets in Europe and the UK, even the most heavily defended ones, at risk. One of the most bizarre details about the Paul Pelosi attack is that there is no security footage being released to the general public, and the left is trying to pretend that it is no big deal and that everyone should just move along.

Initial reports from several media outlets that covered the first moments after the weird attack claimed that Pelosi had no security camera systems working, which is of public concern, considering Pelosi is third in line to be President of the United States, especially in these troubling times.

One independent journalist discovered proof that Pelosi does, indeed, have security cams in her San Franciso home in 2021, where the alleged attack happened on her husband, Paul Pelosi.

Jack Posobiec from Human Events did some investigating from open source materials and found that he could debunk the corporate media storyline that Pelosi didn’t have any security in place to capture the most bizarre ‘attack’ that the American public has heard of this close to midterm elections: 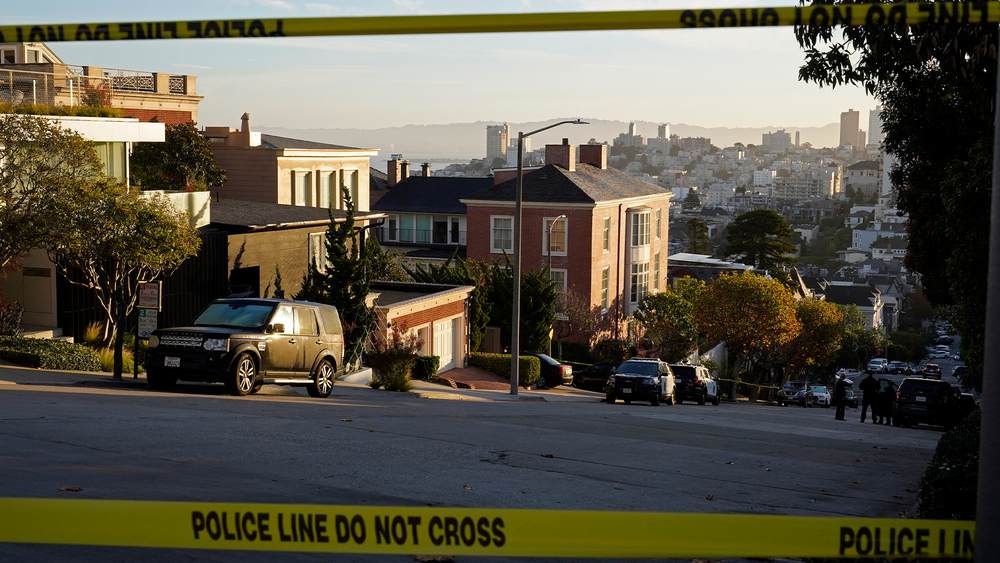 Let me be clear, I don’t give a damn about what happened to Paul Pelosi. It’s not that I want harm to come to the guy, I don’t want harm to come to almost anyone, but if the left is going to use his attack to smear me and my side of the political aisle, why the hell would I care about the person being used to facilitate it? The whole thing has a Jussie Smollett feel to it, to be honest, where everything “reported” fits perfectly into what Democrats need it to be and the truth, as is always the case with these people, isn’t even a consideration.

The second the story was reported came word the alleged attacker was asking “Where’s Nancy?” Democrats in the media immediately seized on that to tie it to Jan. 6th, because everything is Jan. 6th to them. But how would they have heard he said “Where’s Nancy?” If there were only 2 people there – Paul and the attacker – which one told police or reporters he was walking around saying that? Was it the man arrested for the attack or the guy with the multiple skull fractures who needed emergency surgery?

Most likely it was neither. At some point after Nov. 8th asking questions will become semi-legal again and the truth will come out. We’ll likely learn that never happened. Maybe it was just a couple of Nigerian brothers paid by check to do it, who knows? Nancy Smollett anyone?

Interest on federal debt is set to skyrocket, potentially surpassing defense spending by as early as 2025, CNN reported Tuesday.

A senior analyst for CNN claimed Monday that Democrats did not back efforts to defund police departments, despite multiple public statements from congressional members.

New York is the state many conservatives love to hate because of its stridently anti-Second Amendment laws and public policies (most recently, reflected in a new law undermining the recent U.S. Supreme Court’s Bruen decision that declared unconstitutional the state’s century-old Sullivan Law that made it next to impossible for a law-abiding citizen to obtain a concealed carry permit).

U.S. Senators Chuck Grassley (R-Iowa) and Ron Johnson (R-Wisc.), the top Republicans on the Senate Judiciary Committee and Permanent Subcommittee on Investigations, respectively, have served as the powerful and effective Senate duo in uncovering the FBI’s corruption, from the Russian collusion hoax, to the coverup of Hunter Biden’s laptop, to the blatant political double-standards and bias that have permeated the entire Biden Justice Department.

Far-left New York Gov. Kathy Hochul (D) claimed that Republicans are pushing a "conspiracy" that Democrat states are "not as safe" and called the GOP "master manipulators."

“When Ottawa announces policies and laws that attack our economy or violate the rights of our people or when Ottawa seeks to take control of our sovereign areas of provincial jurisdiction, our UCP (United Conservative Party) government will not enforce those laws & policies in this province, period." Those were the words of newly elected Alberta Premier Danielle Smith in announcing the Alberta Sovereignty Act.

By: orraz
Tags: CURRENT EVENTS
Posted on: Nov 01 13:15
CBS anchor talks over GOP guest to implicate Republicans for political violence then he corners her with media hypocrisy

Margaret Brennan, moderator of CBS News' "Face the Nation," tried on Sunday to blame Republican rhetoric for the attack on Paul Pelosi.

One man's minor mistake led him to what could otherwise have been a major tragedy Sunday night. After making a wrong turn while on his way to drop off a friend, Brendon Birt drove past an Iowa house fire. Birt rushed into action, taking desperate measures to warn those inside, ultimately saving four siblings.

By: orraz
Tags: CURRENT EVENTS
Posted on: Nov 01 13:14
Wind Farm In Germany Being Demolished To Make Room For Coal Mine

German energy giant RWE is tearing down wind turbines to expand a neighboring coal mine in an effort to deal with the country's energy crisis. The area of the wind farm near the small town of Lützerath will be used to expand the Garzweiler open pit mine in the state of North Rhine-Westphalia.

Epoch Times reported that the FBI has asked to reverse the court’s order to produce information on Rich’s laptop computer. If the court denies the FBI’s request, the bureau requests 66 years before the information is available.

The Gateway Pundit asks a question: ‘what are they hiding?’

Gov. Gavin Newsom partly blamed Fox News for fueling the vitriol against House Speaker Nancy Pelosi and her husband, Paul, who was attacked by an intruder with a hammer at the couple's San Francisco home last week.

"I've seen the dehumanization of Nancy Pelosi," Newsom told CBS News' chief Washington correspondent Major Garrett in an exclusive interview on Saturday. "I don't think anyone's been dehumanized like she has consistently. Now I watched this one guy, Jesse Watters or something on Fox News. What he's been saying about Paul Pelosi the last five, six months, mocking him consistently. Don't tell me that's not aiding and abetting all this. Of course it is."

By: MikeRivero
Tags: COVER-UP/ DECEPTIONS/ PROPAGANDA, POLITICS/ ELECTIONS/ CORRUPTION
Posted on: Nov 01 12:53
EXCLUSIVE: 'Missing' ABC producer James Gordon Meek is seen for the first time since he went into hiding in April but refuses to answer questions on mysterious FBI raid on his penthouse that brought his storied career to an abrupt halt

This totals more than $114 million in the period from 2000 to 2020 to make new coronaviruses which are infectious to humans.

There is no question that SARS CoV 2 (causing Covid-19) is man made. Here’s the evidence…

This totals more than $114 million in the period from 2000 to 2020 to make new coronaviruses which are infectious to humans.

There is no question that SARS CoV 2 (causing Covid-19) is man made. Here’s the evidence…

A new report claims the origin of COVID-19 is the Wuhan Institute of Virology (WIV) in China. The damning report also suggests that Chinese leader Xi Jinping was aware that the Wuhan lab suffered an "acute safety emergency" event that may have spread COVID-19 well before China notified the World Health Organization (WHO).

An oil refinery in Sicily, owned by Russia’s second largest oil and gas giant Lukoil, acts as a pass-through for Russian crude, which ultimately makes its way to the U.S. as gasoline and other refined oil products.

By: MikeRivero
Tags: ECONOMY, RUSSIA/ UKRAINE /BELARUS /CRIMEA
Posted on: Nov 01 12:16
Marlon Brando's infamous Academy Awards stand-in Sacheen Littlefeather denounced by her sisters as a 'fraud' and not an Apache

Sacheen Littlefeather rose to notoriety in 1973 as Marlon Brando's Academy Awards stand-in, denouncing the film industry for its representation of Native Americans. The actress, whose real name was Marie Louise Cruz, died Oct. 2.

By: orraz
Tags: CURRENT EVENTS
Posted on: Nov 01 12:15
GOP governor stops NBC anchor in his tracks for downplaying economic issues: 'You're in a bubble, man'

Chuck Todd, host of NBC News' "Meet the Press," received a prompt reality check on Sunday when he questioned why more Americans are not concerned about alleged threats to democracy.

In July 2021  The Gateway Pundit reported that Dr. Shiva Ayyadurai, the man who invented email, was able to uncover Twitter’s “partner support portal.”

Dr. Shiva discovered that Twitter built a special portal offered to certain governmental entities so that government officials can flag and delete content they dislike for any reason, as part of what they call their “Twitter Partner Status.”

Dr. Shiva Ayyadurai ran for US Senate in Massachusetts as a Republican and made allegations of voter fraud on Twitter.  These tweets were then deleted by the far-left tech giant.  Later it was discovered that they were deleted at the direction of government employees of the Massachusetts Secretary of State’s office.

Discovering this, Dr. Ayyadurai filed a federal lawsuit by himself, alleging that his federal civil rights were violated when the government silenced his political speech in order to affect an election.

Dr. Shiva revealed how election officials and government actors work together to coordinate with social media platforms to silence speech in America.

“DePape was charged with attempted kidnapping, and with retaliating against a federal official by threatening or injuring a family member.” CNBC reported.

The US government will now control and hide the evidence – and shape the national media narrative.

MSNBC reported Monday morning that Paul Pelosi, the 82-year-old husband of Speaker of the House Nancy Pelosi (D-CA), is in the ICU surrounded by family as he recovers from a hammer attack to his head by an alleged intruder last Friday at the couple’s San Francisco home. Meanwhile, his accused attacker also remains hospitalized with unknown injuries.

Webmaster addition: When JFK was assassinated, there was no Federal jurisdiction. Legally, it was Dallas' case. The use of Air Force One to grab the body and take it back to Washington was a "getaway",  as Jim Garrison pointed out. The Warren Commission was formed to be the supreme  authority in the case, able to confiscate all evidence and decide what should be public, and what should be kept secret (some to this very day).