Arizona state senator-elect John Kavanagh, a state representative, is moving a measure that would require parents to provide permission for a school to use pronouns for a student that doesn't match their biological sex.

The Blaze reports that this measure is meant to encourage schools to require parental permission before speaking to a student using pronouns that don't align with their biological sex. The legislation reads in part:

"An employee or independent contractor of a school district or charter school may not knowingly address, identify or refer to a student who is under eighteen years of age by a pronoun that differs from the pronoun that aligns with the student's biological sex unless the school district or charter school receives written permission from the student's parent."

By: MikeRivero
Tags: CURRENT EVENTS
Posted on: Jan 02 10:15
Nancy Grace Reacts To Arrest Of Idaho Murders Suspect: Would Suggest That There Is An Accomplice
Crime show host Nancy Grace suggested that the revelation of what the Idaho murders suspect told law enforcement officials on Friday suggests that there might be an accomplice involved.
By: orraz
Tags: CURRENT EVENTS
Posted on: Jan 02 10:13
Arkansas city enforces emergency curfew after 'rampage of shootings'

Officials in the city of Eudora, Arkansas, said they are enforcing a mandatory emergency curfew after struggling to stop what the city’s mayor described as a “rampage of shootings.”

The city of fewer than 3,000 residents has recently experienced more than 10 shootings, according to Mayor Tomeka Butler, including one which killed a local resident on Dec. 24. Facing increased crime, few actionable leads, and limited police resources, Butler announced the “civil emergency curfew” on Dec. 27.

The curfew applies from 8 p.m. until 6 a.m. with exceptions for both employment and medical emergencies, officials said.

In a statement to ABC News, Butler said that the frequency of these shootings are unprecedented, adding “this is the first time these acts of this magnitude have taken place.”

“Should you be caught during curfew hours, you will be subject to being stopped and searched,” Butler said in a video posted to Facebook, in which four law enforcement officers stood behind her.

In the video and on other posts, Butler pleaded for community members to work together to stop the violence.

“Please help us bring these senseless acts of crime to a stop,” she said.

Webmaster addition: Lock up the shooters!

ARTIFICIAL intelligence has offered a horrifying vision of what the world faces in nuclear armageddon and World War 3.

Responding to prompts such as "nuclear bomb", "war" and "apocalypse" - the AI tool produced a series of truly grim pictures which could offer a glimpse into the future.

Pictures show devastated cityscapes burning with what could be nuclear fire and grim looking soldiers amongst the ruins.

Mushroom clouds rise over desolate landscapes - including one seen looming beside the US Capitol building in Washington DC.

And lone figures walk amongst eerie, unrecognisable hellscapes when the AI was asked who it thinks could be the "last man on earth".

Huge fireballs are seen descending towards burning cities in what could be a nuclear attack.

And when asked about what could happen to London, it produced what appears to be an image of Big Ben and the Houses of Parliament.

And another image shows what could be Oxford or Regent Street utterly deserted as its left in total ruin.

"Happy New Year" was wished by B. Putin to NATO and B. Zelensky with the Russian Air Force and Navy launching two fierce successive missile attacks within a few hours against military targets throughout the country.

Russia has refuted British intelligence on the ground: Pounding Ukraine for 3 days in a row, which has never been done before, shows the preparation for a large-scale ground attack.

Today it launched two missile waves, yesterday one and on the 29th of the month two more.

Within minutes there were mass launches from the Caspian, Black Sea, western Russia from warships and strategic bombers.

More than 586,000 individuals have received a bivalent Covid-19 vaccine as at last Monday.

Bivalent vaccines provide protection against the original Sars-CoV-2 strain of the virus, as well as the Omicron sub-variants.

MOH said on Saturday that there are still about 39,000 eligible seniors who have not yet achieved minimum protection. This is down from the 40,000 figure provided in mid-December.

Teachers in Singapore say they will likely have to move from assignments requiring regurgitation to those that require greater critical thinking, to stay ahead in the fight against plagiarism.

This comes on the back of the rise of ChatGPT, an intelligent chatbot that is able to spin essays and solve mathematical equations in seconds.

ChatGPT, developed by San Francisco research firm OpenAI, is being talked about as a major step forward in artificial intelligence (AI), especially its latest version released in November.

Simple and free of charge – for now – the chatbot has prompted some schools to start thinking of ways to mitigate cheating, ahead of students’ return to schools.

ChatGPT’s ability to break down complicated concepts into simple language and respond to follow-up questions logically has raised concerns over whether existing plagiarism detection software used in schools, such as Turnitin, can sniff out text drafted by bots.

Singapore educators interviewed said they have not encountered cases of cheating with the aid of ChatGPT, as its latest version turned viral only during the school holidays.

A TikTok user is stepping on dangerous ground as she claims that people going to the gym are afraid of getting fat.

The user goes by the name “Anti Diet BFF,” and she is less than thrilled to step into a gym.

According to Fox News, the mouthy influencer also stated, “Wanting to work out doesn’t make anyone fatphobic, but the motivations for why you want to go to the gym do.”

The insanity of some people and how they try, and brand people are right up there with bullying. She is trying to shame people for wanting to stay fit and in good shape.

Residents in California’s Lake Tahoe region woke to piles of snow on Sunday, January 1, following a winter storm in the area.

“It was snowing nonstop for about 20 hours,” Mahl told Storyful. Credit: John Mahl via Storyful

A swath of films, books and other media projects with far-left messages failed with audiences and consumers this year, according to box office numbers and sales.

Disney's first animated film with an openly LGBT character "Strange World," tanked at the box office last month. The film had a whopping $180 million budget but only took in $24 million when it opened during the Thanksgiving holiday week, according to Variety. Pixar's latest installment in the popular Toy Story franchise, "Lightyear," failed to meet expectations, earning $51 million at the box office. The family-friendly series owned by Disney attracted headlines for having a same-sex kiss. 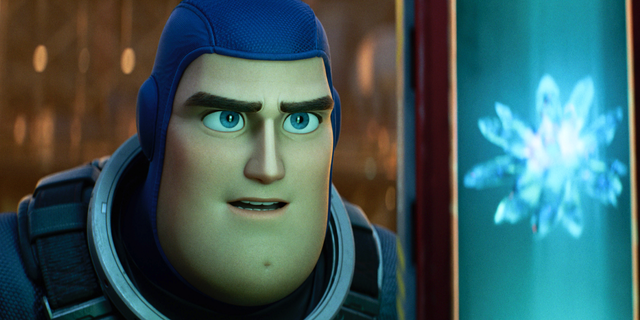 "Lightyear" debuted to $51 million last summer, falling short of the $70 million minimum it was expected to earn. (AP Newsroom)

Another film focused on LGBT characters, "Bros," didn't move the needle at the box office, either. Star Billy Eichner furiously warned "homophobes" on Twitter to not come see the movie. It grossed $14.8 million worldwide, according to Box Office Mojo. The New York Times suggested "homophobia" could be the reason the gay romantic comedy was unsuccessful.

Movies with overtly political themes like the star-studded "Amsterdam" also failed to attract audiences this year. The film about friends who uncover a plot to overthrow the government, featured Robert De Niro's character giving a "thinly veiled speech telling off Trump."

Arizona Republican Abraham Hamadeh announced today that his legal team is filing a Motion for Stay to delay the inauguration for the AZ Office of Attorney General next week until all matters regarding potential discrepancies in the recount and litigation are resolved. He also requested that the current Arizona attorney general, Mark Brnovich “remain in office until all issues are resolved.”

A homeless Oregon woman has been arrested and charged for pushing a three-year-old girl onto a train track in a shocking moment captured on video in a city where the homelessness crisis continues to spiral out of control.

Brianna Lace Workman, 32, allegedly shoved the little girl onto the Gateway Transit Center MAX platform in Portland on Thursday. It's the latest shocking incident as crime surges in the Democratic stronghold.

The little girl, wearing a pink coat, was waiting in line with her mother as surveillance footage captured someone in a red hat, allegedly Workman, pushing her face-first onto the metal rail.

Just 12 days after receiving the shot, she started suffering from a headache. Her family brought her to the emergency room, where doctors found out she had a brain hemorrhage.

She's one of the reasons why the United States has chosen to put a pause on the Johnson & Johnson [vaccine distribution](https://cafemom.com/news/child-accidentally-vaccinated-coronavirus). While these results aren't typical whatsoever, authorities wanted to be safe rather than sorry.

By: MikeRivero
Tags: CONSUMER RIGHTS / PRODUCT REPORTS, SCIENCE/ HEALTH/ CLIMATE/ NATURE
Posted on: Jan 02 09:51
Republican Governor Vows To Do Everything To Ensure Trump Wont Be 2024 GOP Nominee
One Republican governor vows to do all he can to ensure former President Donald Trump is not the GOP nominee in 2024.
By: orraz
Tags: CURRENT EVENTS
Posted on: Jan 02 09:51
SEE IT: Prisoner Flops Out Of Sheriffs Cruiser Onto Highway In Botched Getaway
Video shows an inmate wriggling his way out of a Los Angeles County Sheriff’s Department cruiser on Saturday before being quickly detained again.
By: orraz
Tags: CURRENT EVENTS
Posted on: Jan 02 09:50
In Your Face: McConnell to Host Biden at Infrastructure Bill Celebration in Kentucky the Day After GOP Takes House Majority
Republican Senate Minority Leader Mitch McConnell of Kentucky is starting the new year making very clear whose side he is on–and it is not Republican voters. After betraying the incoming GOP House majority by negotiating a $1.7 trillion omnibus funding bill in the lame duck Congress last month to deny House Republicans the chance to control federal spending this year, McConnell is set to host Joe Biden in Kentucky on Wednesday at a “bipartisan” celebration of Biden’s $1.2 trillion infrastructure bill passed in 2021 with help from McConnell.
By: orraz
Tags: CURRENT EVENTS
Posted on: Jan 02 09:49
BIG BROTHER WILL WATCH YOU DRIVE: Disgusting Infrastructure Bill Installs KILL SWITCHES In All New Vehicles, Turns America Into A POLICE STATE
Many people view cruising alone down the open road as the ultimate form of freedom. We regret to inform you that liberty will completely evaporate soon unless Congress acts.
By: mayaleo
Tags: CURRENT EVENTS
Posted on: Jan 02 09:48
Record 45,000 migrants made Channel crossing to UK last year

More than 45,000 migrants crossed the Channel to the UK from mainland Europe in 2022, surpassing the previous year's record by more than 17,000, according to government figures released Sunday.

The issue has become a huge political problem for the Conservative government, which has promised to bring down illegal immigration and break the smuggling gangs that carry out the crossings.

In total, 45,756 people made the dangerous small-boat crossing of one of the world's busiest shipping lanes last year, compared with 28,526 in 2021.

Four people died last month when a small boat packed with migrants capsized in freezing temperatures in the Channel.

A fishing boat in the area plucked 43 people from the frigid waters.