Top lawyer and constitutional scholar Alan Dershowitz is “absolutely confident” former President Donald Trump will not be indicted for the mishandling of classified documents, following recent revelations that Joe Biden mishandled similar documents during his time as vice president.

“If you have two people running for president against each other, both of whom have mishandled classified material, the idea of prosecuting the one who is running against the incumbent and not going after the one who is the incumbent wouldn’t pass the neutral principles test.” Dershowitz said on Newsmax’s “The Record with Greta Van Susteren” this Tuesday.

“I think, in the end, even if there was any possibility that Trump could have previously been indicted for the mishandling of classified material at Mar-a-Lago, that has gone out the window completely today,” Dershowitz added. “I think we can be absolutely confident that there will not be a criminal prosecution against Donald Trump for the mishandling of classified material.”

The Chicago Board of Education’s Office of Inspector General (OIG) annual report found hundreds of Chicago Public School (CPS) teachers were accused of adult-to-student sexual misconduct in the 2021-2022 school year.

The OIG’s Sexual Allegations Unit (SAU) opened 447 cases investigating teachers for allegedly grooming, sexually assaulting, or raping CPS students last school year, following the 325 opened in 2021. Of the open cases, the SAU closed 600 over the past 12 months, according to the OIG annual report, reported ChicagoCityWire.

SAU investigated a Chicago high school substitute teacher for grooming several students for sex and engaging in sexual acts with at least one student on school property, the OIG found. 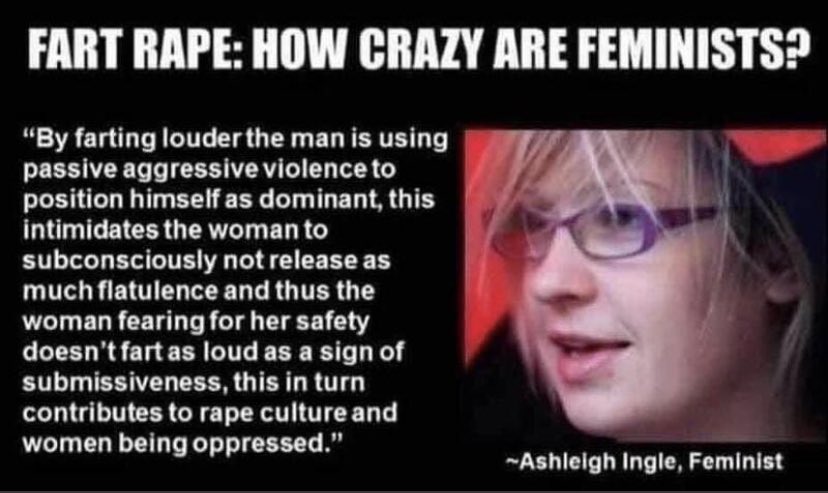 California-based poultry producer Foster Farms is petitioning the Service Transportation Board (STB) for emergency assistance, warning that its dairy cattle and chickens are running out of food, and fast.

Blaming extreme weather conditions, Union Pacific (UP) rail delivery failures, and other factors, Foster Farms says the “point has again been reached where hundreds of thousands of dairy cattle are not being fed, and … millions of chickens will starve to death because of UP’s service failures.”

A day after the petition was submitted, a U.S. freight rail regulator ordered UP to deliver five trains of feed to Foster Farms. However, only one of those trains arrived as scheduled, according to the company.

Because chickens are smaller than cattle, they risk dying more quickly without food than their larger counterparts. To prevent this, Foster Farms says it is diverting cattle feed to its chickens for the time being.

Responding to the complaint, UP blamed its delivery delays on bad weather, which now includes washouts in California due to numerous “atmospheric river” events, as well as rockslides in Nevada. (Related: We warned you about all this and more last year.)

By: MikeRivero
Tags: ECONOMY
Posted on: Jan 12 12:48
More Proof That Nancy Pelosi Was More Responsible for J6 Riot Than Trump

A little-noticed bill passed before Christmas shows that the U.S. Senate knows Nancy Pelosi had more to do with the U.S. Capitol breach on January 6, 2021, than anything President Trump did that day. Indeed, Nancy Pelosi could be crowned Queen of the Mob, since her actions led to the crashing of the perimeter fences, general dysfunction, and deaths of Trump supporters that day.

Even after the one-sided January 6 Committee left Pelosi’s role on the cutting room floor, there’s one inescapable conclusion: If she’d done her job, there would have been no riot, no deaths of Trump supporters, no show trials, and no political prisoners sitting in solitary confinement in a D.C. gulag for two years awaiting trial. And there would have been no need for federal agents to “orchestrate” a riot.

Pelosi was more responsible for the marauding mob at the Capitol that day than anything President Trump did to “incite” his huge crowd of supporters — which he provably did not.

And here’s how we know this.

On Monday night, December 12, senators unanimously passed a measure to remove authority for calling out the National Guard from politicians like Nancy Pelosi and gave it over to the Capitol Police.

Despite heightened threat assessments by federal authorities showing problems ahead of January 6, 2021, and the Trump Administration offering National Guard help, the people who were supposed call out the Guard, the speaker and D.C. Mayor Muriel Bowser, wanted no Guard on scene due to optics. Bowser had battled with Trump over National Guard presence during the BLM/Antifa riots in the past and didn’t want the militarized look in D.C. If she needed them at all for January 6, she decided the Guard would be unarmed and relegated to traffic control.

A Virginia college basketball player who collapsed during a game on Saturday says he still cannot believe that he was playing one minute and the next he was flat out on the floor.

“This doesn’t happen, especially for someone like me. I’ve been playing basketball all my life,” guard Imo Essien of Old Dominion University said Tuesday, according to WTKR-TV in Norfolk.

“Me? Nineteen years old and healthy?” Essien said, according to the Norfolk Virginian-Pilot. “Living how I’m living? I compete every day. … So why me?”

The sophomore went down suddenly during a game between Old Dominion and Georgia Southern, according to the New York Post. He tried once to get up but then fell down again. After trainers came out to assist him, Essien walked off the court. He never blacked out.

He also managed to return to watch the game from the bench in the second half.

President Joe Biden stopped the wall at the Southern border after taking office instead of completing the project.

Not only has he prevented it from being finished, but he’s also continued to tout that the border is secure in the midst of the worst immigration crisis the United States has seen. Now, for the first time in his Presidency, he’s visited the southern border.

The Federal Aviation Administration (FAA) has been focused on “LGBTQI+” inclusivity and “gender-neutral” language under President Joe Biden — even as it has struggled to manage the nation’s commercial air traffic.

On Wednesday, the FAA ordered the first nationwide “ground stop” since Sep. 11, 2001, after a computer system failed overnight, grounding thousands of flights and throwing the country’s air traffic into chaos.

It was the second crisis in as many months, after a winter storm snarled air travel during the holiday season. Secretary of Transportation Pete Buttigieg blamed Southwest Airlines, whose personnel management system caused company-wide cancelations that accounted for much of the nationwide disruption. But the FAA’s own systems are solely within his purview — and just the latest in many transportation failures on his watch.

Sixty-five Democrats in the House of Representatives voted on Tuesday against creating a committee to investigate China and find ways to counter the communist country’s growing international influence.

The House overwhelmingly voted to create the Select Committee on the Strategic Competition Between the United States and the Chinese Communist Party on a 365 to 65 margin, in one of the first votes since the Republicans took control of the chamber.

However, even though some members did not vote, all 65 lawmakers who voted against the committee’s creation were Democrats.

At least $54 million has been donated by Chinese Communist Party-linked individuals or entities between 2014 and 2019 to the Penn Biden Center for Diplomacy and Global Engagement in Washington at the University of Pennsylvania, according to public records reported by the New York Post, where it was revealed this week that Biden had stashed a trove of classified documents.

According to the Washington Free Beacon, some of the funds were given by Shanghai real estate developer Xu Xeuqing, who reportedly has no immediate connection to the university. In 2011, Xu faced corruption allegations in China but was never charged with a crime. An expert on the Chinese Communist Party (CCP) at the American Foreign Policy Council, Michael Sobolik, told the Beacon that Xu’s non-prosecution suggests he has a close relationship to the CCP.

In her inaugural address, Hobbs vowed to expand the Arizona Promise Scholarship Program — which helps low-income students pay tuition and fees to attend universities — while creating the “Promise for DREAMers Scholarship Program” that will “cover all students, regardless of immigration status, who attend a public university.”

In effect, Hobbs’ initiative would spend $40 million to help funnel illegal aliens into limited spots at state universities and colleges. An estimated 2,000 illegal aliens would benefit from the initiative every school year.

For American students in Arizona, the cost to attend college is immensely expensive. Average in-state tuition is about $4,500 but that figure goes up to more than $20,000 when books, supplies, and room and board are added on.

The Walt Disney Co. has spent years courting China’s Communist dictators and now the company is reaping a tangible reward for its obeisance.

Avatar: The Way of Water has been granted an extremely rare theatrical extension in China just in time for the Lunar New Year, the biggest holiday on the Chinese calendar, according to The Hollywood Reporter. The Avatar sequel, which has been underperforming with Chinese audiences, will run on screens for an additional 30 days, two sources in Beijing with knowledge of the decision told the outlet.

The movie’s theatrical  run in China was set to conclude January 15 in accordance with the country’s 30-day window for foreign titles. Now, the movie will play through mid-February.

Film industry figures in Beijing contacted by the Reporter reportedly expressed shock over the extension, since Beijing typically blocks foreign titles from screening during China’s biggest holidays in order to boost the domestic film industry.

By: MikeRivero
Tags: CONSUMER RIGHTS / PRODUCT REPORTS, SCIENCE/ HEALTH/ CLIMATE/ NATURE
Posted on: Jan 12 09:19
After 16 Months, There Are Still No Arrests in the Feds Trading Scandal

This coming Saturday will mark the 16-month anniversary of former Wall Street Journal reporter Mike Derby setting off a media firestorm with his reporting that the then President of the Dallas Fed, Robert Kaplan, had “made multiple million-dollar-plus stock trades in 2020,” a year in which Kaplan was a voting member of the Fed’s Federal Open Market Committee (FOMC) with access to inside information.

While the trading scandal spread to numerous other Fed officials, including Fed Chairman Jerome Powell, the case against Kaplan seemed like a prime candidate for a criminal investigation by the U.S. Department of Justice.

Not only was Kaplan sitting on inside information gleaned from the Fed, but he was making market-moving statements himself on television.

When Wall Street On Parade obtained Kaplan’s trading records from the Dallas Fed shortly after Derby’s article appeared, it became clear that the stock trading was the least of the problem. Kaplan had also engaged in a far more brazen type of trading for a man sitting on inside information.