"If justice requires the consent of the governed, then our [U.S.] whole past record of expansion is a crime." -- Henry Cabot Lodge,1850-1924, US senator

Kremlin spokesman Dmitry Peskov told CNN he had no information about Tuesday’s incident in eastern Poland.

"Unfortunately I don’t have any information on that," CNN quoted Peskov as saying.

Poland’s Radio Zet reported on Tuesday with reference to unofficial sources that two missiles hit grain dryers in the village of Przewodow in eastern Poland’s Lublin Voivodeship, close to the border with Ukraine. According to the report, two people were killed in the incident. The report makes no mention of the origin of those missiles.

The Russian Defense Ministry said the Russian military had performed no strikes targeting the Ukrainian-Polish border zone. "The wreckage published by Polish mass media from the scene in Przewodow have no relation to Russian firepower," the ministry said in a statement.

Webmaster addition: As it turns out, below you will find an article that reports the missile that fell on Poland was an S-300 ... fired by Ukraine.

The U.S. Justice Department has informed the Israeli government that the FBI will investigate the killing of Shireen Abu Akleh, the Palestinian American journalist who was shot during an Israeli raid in May. The announcement comes shortly after elections were held in the United States and Israel.

“Such an investigation is highly unusual and could lead to a U.S. request to investigate the soldiers who were involved in the operation — a request Israel would almost certainly reject,” wrote Barak Ravid, who first reported the story for Axios. “The investigation could also lead to tensions between the Biden administration and the Israeli government.”

On Twitter Israeli Defense Minister Benny Gantz has already declared that Israel will not cooperate with any outside probe.

Today (Tuesday) marks the largest Russian bombardment of Ukraine with precision guided missiles and drones. The Ukrainian equivalent of the Pentagon reported was struck in Kiev. And Western media now is reporting frantically that Russia fired a missile at a target in Poland. Russia denies it vehemently and initial pictures of the “device” that landed in Poland appear to show a S-300 anti-air defense missile.

The big unanswered question is whether this was an error, i.e., Ukraine fired at incoming Russian missiles and the S-300 missed its target and fell inside Polish territory, or was it an attempt to manufacture a false flag, i.e., blame Russia for firing the missile and create a pretext to invoke Article 5 of the NATO treaty and bring the rest of NATO into the war to stop Russia. The jury is still out.

The picture below shows first, one of the fragments of the S-300 that landed in Poland with a bang, and second, a fully intact S-300 rocket. Two Polish residents were killed when suspected wayward missiles hit the village of Przewodow, with the strike marking the first time a nation outside of Ukraine has been directly affected by the war.

President Zelensky labelled the Russian strikes a “significant escalation” in President Putin’s illegal invasion and warned that if more countries did not join the fight against Russia, the desolation would spread.

After Dave Chappelle’s appearance on Saturday Night Live over the weekend, wherein he said Ye is right about the Jewish domination of the entertainment industry, Jonathan Greenblatt, head of the Anti-Defamation League of B’nai B’rith, called for Chappelle to be shut down.

The aggressive Jew Greenblatt claimed that Chappelle had hurt Jewish feelings by talking about Jewish political and cultural power, saying that hearing that Jews control Hollywood “traumatizes” Jewish people. Greenblatt demanded that more people care about the hurt feelings of the Jews.

A Black artist posted flyers that said “white only” and depicted a noose, saying they were part of a political act and marketing campaign for her new exhibition.

Images of the flyers, which have popped up in Boystown and Hyde Park in recent days, went viral online, with some speculating a hate group was to blame and others saying the image angered and upset them. Hyero, the artist behind the flyers, said she makes no apologies for her provocative marketing methods.

Hyero, 23, of the western suburbs, said the flyers are part of marketing for “YTs Only,” an art show at OMWP Studios, 2113 W. Armitage Ave. The show opens 7 p.m. Friday and runs throughout the weekend.

By: MikeRivero
Tags: CURRENT EVENTS
Posted on: Nov 16 09:39
The Camp of the Saints

We are living in the era of the collapse of Western civilization. In a few years there will be nothing left of Western civilization in England and Europe. The English already have a Hindu Indian as prime minister and a Pakistani as mayor of their capital city, London. Only mosque, not Christian churches, are being built in Europe.

During his previous terms in office, Benjamin Netanyahu oversaw some of the most brutal attacks on Gaza, attacks that caused thousands of civilian casualties. He was also indicted on corruption charges, and yet enough Israelis found him suitable to return to the post of Prime Minister, and he was elected with a comfortable majority.

In the United States, Netanyahu is respected in spite of his 2002 appearance in the U.S. House of Representatives saying that, “If you take out Saddam’s regime, I guarantee you that it will have enormous positive reverberations on the region.” The Iraq War cost countless lives and billions of dollars and caused disastrous reverberations in the region.

What is most disturbing is that Netanyahu owes his return to power to the students of the racist, Arab-hating thug Meir Kahane. Kahane founded the Jewish Defense League, which the FBI designated a terrorist organization. Kahane preached for the forced transfer of most of the Arabs from Palestine and the creation of Jewish only beaches, schools and towns. Much of what he preached is already reality in the state of Israel, but the brashness of his discourse was too much, even for Israelis.

Kahane was elected to the Knesset in 1984, but he was completely shunned, and even though there was a right wing government in place at the time, he had no chance whatsoever of getting a seat at the table. A government post for him could not have even been considered. Fast-forward to 2022 and the very disciples of Kahane – not only ideologically but actual disciples – are not running the tables. Itamar Ben-Gvir who studied at Kahane’s yeshiva in Jerusalem (yes, Kahane had a yeshiva in Jerusalem where he taught hate and violence to young Israeli Jews) is a racist thug who enjoys tremendous popularity among the country’s youth, is going to be a major part of the next Israeli government.

Starvation works. At the end of the day, famine decided the outcome of the Ethiopian civil war. Two years after the outbreak of hostilities, Ethiopian Prime Minister Abiy Ahmed and Eritrean President Isaias Afewerki forced the Tigrayan leadership to forsake their political claims and instead negotiate to save their people from famine.

Two agreements were signed, one in Pretoria, South Africa, on November 2 and the second in Nairobi, Kenya on November 12. They are poorly drafted and riddled with ambiguity, reflecting the rush. But the bottom line is that the Tigray People’s Liberation Front (TPLF) has accepted to dismantle the regional Government of Tigray, which it headed, and to disarm the Tigray Defense Force (TDF), in return for ending the fighting, receiving humanitarian aid and the removal of “foreign forces” — understood to mean the Eritreans. 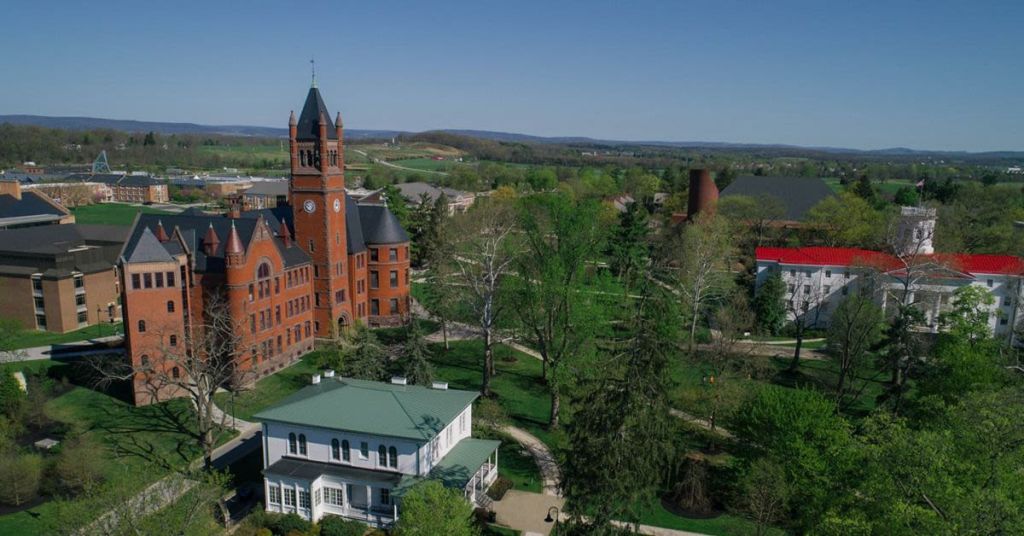 Stories about outrageously woke things going on at colleges and universities have become a distressingly common feature of the news.

Fox News reports on one of the most recent stories coming out of Gettysburg College, a liberal arts institution next to the famous battlefield.

“Gettysburg College has postponed a painting and writing event hosted by its Gender Sexuality and Resource Center for people who are “Tired of White cis men.”

“The private Pennsylvania college offered the event as part of a peace and justice, or ‘P&J,’ senior project, but has since postponed it after it was shared online.

“The event, originally scheduled for Saturday, Nov. 12, told people to ‘come paint and write about how they are tired of straight, White men. “The pieces from the event would then be displayed in the school’s dining hall for the campus to view.”

The condition — known outside of high-level politics as “severe mental decline” — was first spotted on the presidential campaign trail in 2019, when Joe Biden, then best known for being a former vice president and serial fabulist, routinely gaffed in ways no man who wanted to occupy the Oval Office had ever gaffed before.

This didn’t dissuade the Democrats from handing him the baton, even when stuff like this would routinely drop out of his wrinkled maw:

Now that Biden is president, things are getting worse — and not just for him, but his entire party.

In Pennsylvania, Democrats still got behind now-Sen.-elect John Fetterman, a man who was propped up by his campaign staff despite the fact a stroke he suffered just before the party primary left him unable to convey a single thought on the campaign trail without substantial difficulty. That didn’t bother leftists any, so long as they got the seat.